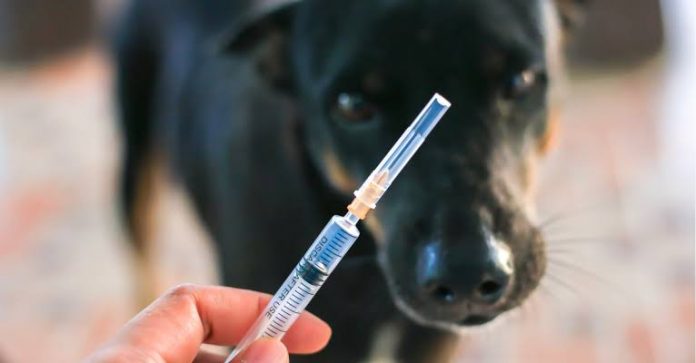 PESHAWAR: Rabies is a viral disease which can most probably kill the patient, says Dr Akheer Jan, who is working as rabies coordinator at the Lady Reading Hospital (LRH) Peshawar since 2014.

Dr Akheer Jan says rabies is caused by rabies virus which is spread when an infected animal bites or scratches a human being. He says about 55,000 people die from this disease in the world every year. He says this virus is usually found in wild animals like jackal, fox, wolf, bat, and pet animals like dog, donkey, horse and cat etc. The virus transmits into human body through saliva of the infected animal through a bite. After a bite by infected animal, the duration of appearance of the disease symptoms in human beings may take few days, or even few years. Usually the duration of appearance of symptoms is between 30 to 90 days.

Nasreen, a 45-year-old woman from Peshawar, was bitten by a pet dog inside her home and she applied salted water to her wound instead of proper treatment thinking that the pet dog didn’t carry the virus. However, her wound kept on deteriorating for 10 days after which she decided to go to hospital, where proper treatment started.

Dr Akheer Jan said it doesn’t make any difference when a person is bitten by pet dog or a rabid dog, and doctor must be consulted immediately in such cases. He said a wound can also be washed with soap water, salt water and iodine to lessen the impact of the virus.

Nine-year-old Bilal from Charsadda was also bitten by a dog last month and he started home treatment which did not work and he also eventually consulted the doctor for proper treatment.

Dr Akheer Jan said such wound must not be covered or stitched. He said when a patient bitten by an animal is brought to LRH, first a test is conducted and then a TT injection is applied. He said in case the animal is rabid, then vaccine is also provided to patient free of cost. He said immunoglobulin is also effective in preventing the disease if the person receives the treatment before the start of rabies symptoms.

Dr Akheer Jan said about 700 patients bitten by animals arrive in LRH every month and about 500 of them are children. He said the use of water should not be stopped in case of a dog bite and the wound must be washed three or four times daily.