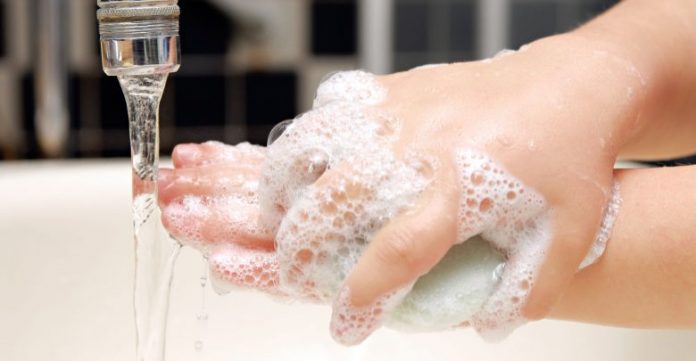 PESHAWAR: About a hundred vaccines are in different stages of preparations to overcome the damages of coronavirus. Some medicines are also recommended to be good for the treatment of COVID-19, but no specific treatment has been discovered yet and vaccine preparation will also consume time.

That’s the reason medical experts say precaution is the only cure for the disease until its proper cure is discovered. The main precautionary measures include social distancing, hand-washing, avoiding touching eyes, mouth and nose etc. However, it is often seen that people contract coronavirus despite observing precaution. So what’s the logic behind these precautions?

Scientists have not reached any conclusion so far over the creation of the virus. Although, the US and China often trade allegations on each other that the virus has been created in laboratory, but can’t provide evidence in this regard. Another speculation is that the virus was generated in Wuhan city of China and it transferred into humans from bats or other animals.

Medical Specialist and Registrar at Hayatabad Medical Complex (HMC) Dr Muhammad Zeb says whatever the origin of the virus, it is quite clear that it is the human who is causing its spread to other humans throughout the world. He says the virus can spread quickly with human interactions.

Dr Muhammad Zeb says the virus will remain dangerous for the entire world unless its cure is discovered.

Social distancing is the best answer

Experts agree that social distancing is the best answer to stem the spread of the virus.

Dr Zeb says a single infected person can spread virus among dozens of other healthy people around him. Therefore, he says, people with coronavirus symptoms must go into self-isolation.

Dr Zeb says 80 percent patients don’t show any symptoms of the disease and such patients are the main reason behind the spread of the virus.

The first confirmed coronavirus case in Pakistan surfaced on February 26, while first death was reported on March 18. After fears of surge in coronavirus deaths in March end, Prime Minister Imran Khan announced partial lockdown in different parts of the country. Pakistan’s lockdown was different from restrictions in China and Europe, as shops of essential items remained open. However, all the educational institutions, hotels, restaurants and other areas of public gatherings were closed. The Faithful were also advised to restrict congregational prayers in mosques to five persons only. The restrictions in mosques were relaxed in the holy month of Ramazan and Taraveeh were allowed under standard operating procedures. Businesses were also allowed to reopen before Eidul Fitr.

Dr Zeb says coronavirus cases in Pakistan witnessed massive surge after relaxation of lockdown. He says deaths and infections are increasing to an alarming extent.

What’s the logic behind hand-washing?

Health experts say hand-washing habit must be developed to keep coronavirus away.

The main problem in this regard is that everyone doesn’t have resources to arrange availability soap and water all the times for them and their dependents. A combined research of the WHO and UNICEF shows that three billion people of the world out of total seven billion don’t have the facility of clean water and soap in their houses. Similarly, about 900 million children lack facility of soap and water in educational institutions and 40 percent hospitals and health centers are also without this basic facility. 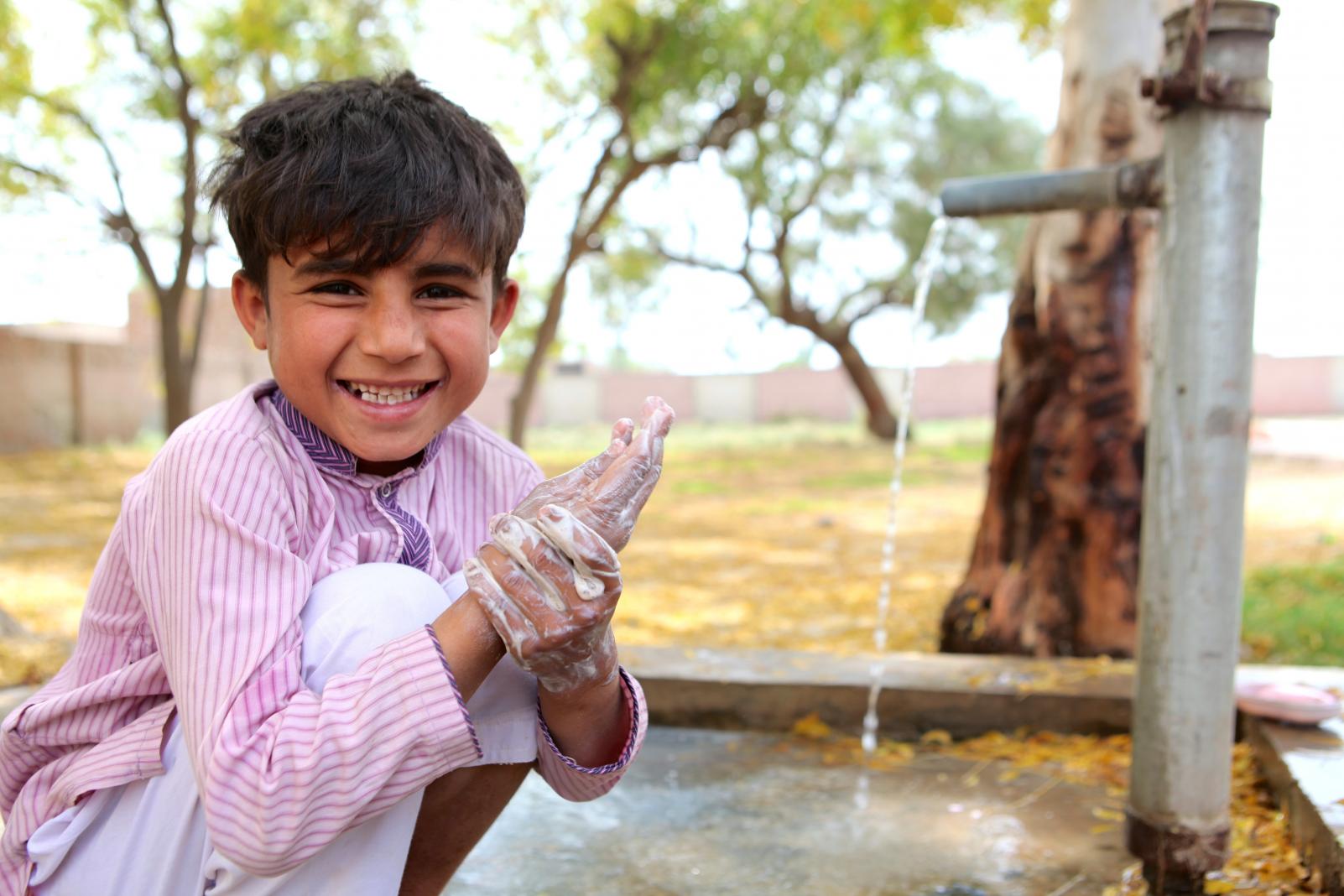 Dr Zeb lamented that there are still many people in KP who are not willing to accept the existence of coronavirus. He says careless attitude on part of such people has caused massive spread of the virus. He says people sharing cigarette, naswar or paan with others behave in extremely irresponsible manner and ignore the fact that they are playing with danger.

The HMC registrar says it is important to avoid touching our face with hands.

“It is unfortunate that we have collectively developed unhealthy habits of touching ear, nose and throat repeatedly. Some also have the habit of biting nails and putting fingers in the mouth,” says the doctor.

Different scientific studies show that a human touches his face from 15 to 23 times within an hour. Half of these touches are for cleaning or scratching nose. The rest of touches are for scratching eyes, ear or any other part of the face. Presence of other people around a person reduces his frequency of touching face, but it is found that people still keep touching items around them voluntarily or involuntarily.

Experts say face-touching is natural and it starts when a baby starts movement in the womb of mother. A normal person touches his face hundreds of times in a day.

How to give up habit of face-touching

Many believe that people must be forbidden from touching face when they are seen doing so. But it is also a common observation that when someone is stopped from touching face, then they feel itching in nose, eyes and they can’t resist touching the face again. To tackle this problem, experts suggest washing hands with soap several times in a day for at least 20 seconds. Hand-washing is particularly important when someone touches an item and doesn’t know if someone else has already touched it.

What do psychiatrists say?

Psychiatrists say the process of face-touching increases when someone is under mental stress or depression. They say in such cases  the face-touching goes on sub-consciously. 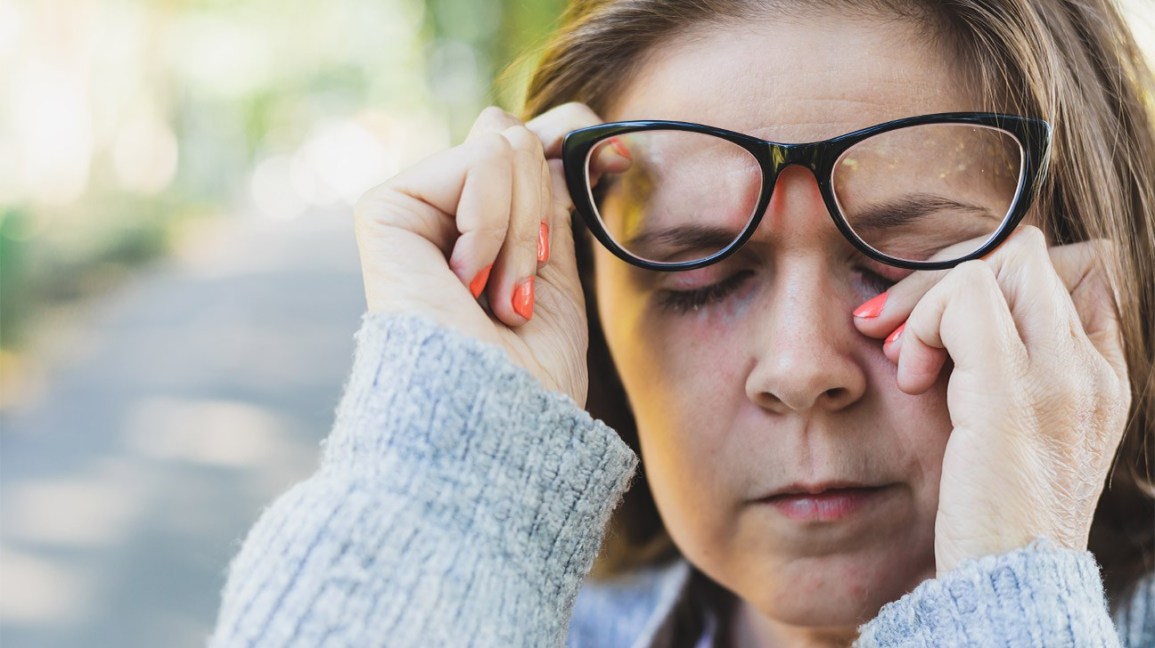 Psychiatrists recommend that such situations must be avoided which can potentially cause stress. Eminent psychologist Dr Fazlullah, who is associated with Institute of Psychological Studies in Peshawar, says the WHO has stressed on hand-washing because most of the tasks in routine life are handled with hands and it increasing the changes of infection.

Dr Fazlullah says there are two main causes of spread of the virus — the first is touching an object which is already touched by an infected person, and the second by sneezing of infected person.

“The society in which we are living is already confronting several kinds of propaganda due to which many people take this disease lightly and ignore precaution,” Dr Fazlullah says.

The psychologist says the state also has the responsibility to keep the nation prepared to meet any challenge. He says the people of KP have seen very difficult circumstances and also wars during the last 50 years due to which they have developed specific mindset. He says people in Pakistan, particularly in KP, don’t take a problem seriously until they personally face it.

Dr Zeb says wearing facemask is also important because the virus can spread from sneezing of an infected person. He says wearing of face mask reduces the danger of entry of the virus into human body through mouth and nose.

“Facemask is particularly important for infected persons as without it they pose more danger of spreading the infection through sneezing and coughing,” says the doctor, adding that face must be covered with handkerchief or tissue paper while sneezing and coughing and hands must be washed properly after that.

Dr Zeb says those feeling symptoms must stay in home and consult doctor if the health deteriorates, particularly when a person faces difficulty in breathing. He says at least six-feet distance from others is mandatory.

The Pakistan government has ended partial lockdown after creating awareness among the people about importance of social distancing and use of hand sanitizers, facemasks and other precautions. 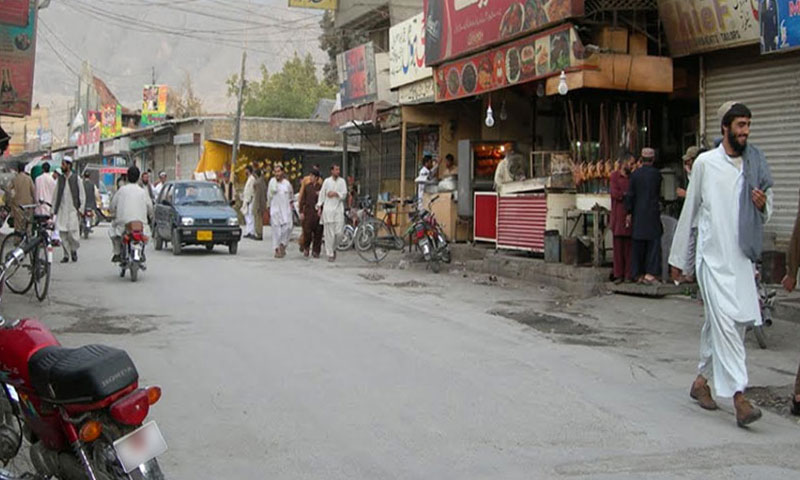 Prime Minister Imran Khan is of the view that Pakistan cannot afford complete lockdown as in such case the poor people may die of hunger rather than coronavirus.

Now that government is using the term smart lockdown for sealing such areas where there are a lot of coronavirus cases. Smart lockdowns have been imposed in high risk areas, with some concessions for emergency cases.

Senior journalist Abdul Qayyum Afridi told TNN that 290 areas of Pakistan, including 12 in KP, are under smart lockdonwn.

He says under smart lockdonwn, the streets and neighborhoods with high number of cases are sealed no one is allowed to enter or leave the area except for emergency cases. Only the shops of essential items are allowed to open in such areas.

Mr Afridi said Pakistan being an economically weak country cannot afford complete lockdown because it will hit the working class hard. He says the option of smart lockdown has got appreciation as it ensures continuity of economic activities particularly for working class.