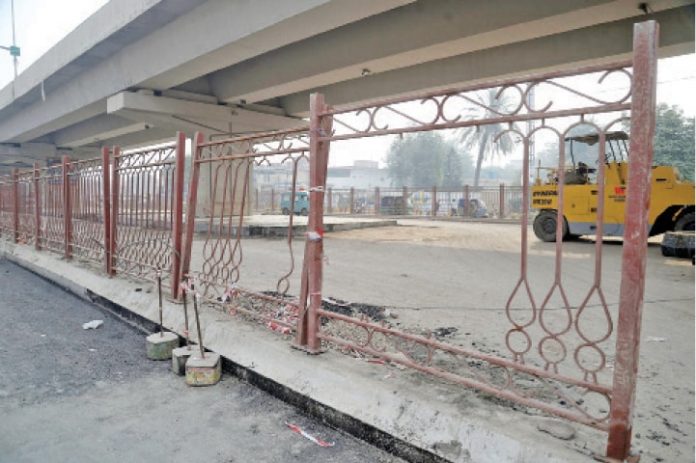 PESHAWAR: After missing several deadlines for completion of Bus Rapid Transit (BRT) project in Peshawar, the Khyber Pakhtunkhwa government now hopes to complete the project by end of this year.

About 85 percent work has been completed on the main corridor and 65 percent on bus depots. The main corridor of BRT Peshawar and feeder routes are expected to complete by October 31, while Chamkani depot and Dabgari staging facility are expected to be complete by end of September. But a lot of work remains in Hayatabad bus depot, which is likely to be completed by March next year which means that this deadline will also be missed.

The provincial government says all contractors have been paid the pending amount and they have been directed to complete the work as soon as possible.

It has also been claimed that the reservations of the Asian Development Bank, which is funding the project, over some aspects have also been addressed.

The ADP findings showed that the KP government has significantly deviated from the original, agreed design and used inferior quality material. The findings were recorded by a technical team of the ADB after an on-site inspection of the BRT project in March this year. Also in March, the ADB stopped the KP government from making payments to contractors because of the poor quality of work.

The ADP had warned that the inferior quality construction could damage the project’s reputation at the international level. The ADB identified 22 deviations from the detailed project design, which has compromised quality and could put passengers at risk.

The BRT project in Peshawar was launched during the previous tenure of the Pakistan Tehreek-e-Insaf (PTI) government in KP when Pervaiz Khattak was chief minister. Ambitious target of six months was set for completion of the project before the elections, but that did not happen. Now even 10 months after the elections and PTI again coming into power with even a bigger mandate, the project remains incomplete. Several deadlines had been given for completion of the project, but all the deadlines were missed and now the provincial government hopes to complete the project by year end.