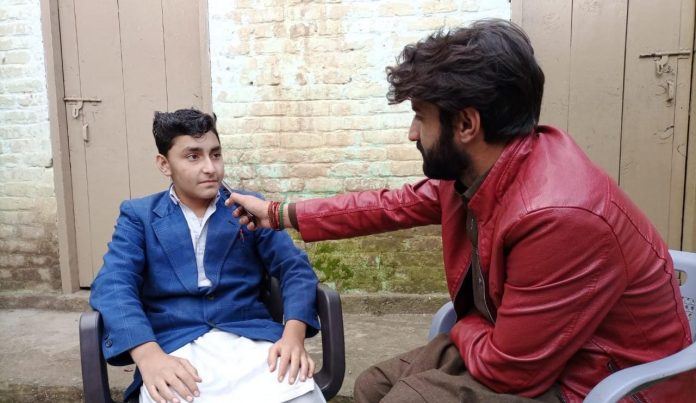 PESHAWAR: By using the electromagnetic field, one can also listen to others and also enjoy music on mobile phone thorough his teeth instead of using the normal hearing process through ear.

13-year-old Anwarullah from Chaliar village of Khwazakhela tehsil in Swat said he first came to know about this fact when he was working on a project on effect of sound on movement.

“When I was breaking the wire by using my teeth, I suddenly heard a sound. Initially I was scared about the source of the sound and then I resumed my work by making sure that no one else is making the sound. When I again touched the wire through my teeth, the same thing happened again. I then realised that the pin of the cable was fixed with computer where music was on,” Anwarullah said while talking to TNN.

He said the next big question in his mind was that if we can hear sound without ears by using the electromagnetic field, then why the hearing-impaired people can talk on mobile phone.

“I left that project and started work on making an EMS transmitter which can be connected to mobile phone through Bluetooth and used for enjoying music and talk. He said if his experiment worked then it will be a major breakthrough and a gift for the hearing-impaired people. He said he is working his heart out on this project and hopes to share a great news with the hearing-impaired people soon.

Anwarullah said he is currently giving a shape of bracelet to EMS transmitter which will connect with Bluetooth. He said the hearing-impaired people will wear this device like a wristwatch. He said the sound will reach the brain through the electromagnetic field and the microphone in the device will help the user make reply through the same channel.

Earlier, Anwarullah had also built a water turbine which had the capacity to generate 18 volt electricity. The video of the turbine had gone viral on the social media and Anwarullah was also invited by different news channels to their programs to tell people about his achievement.