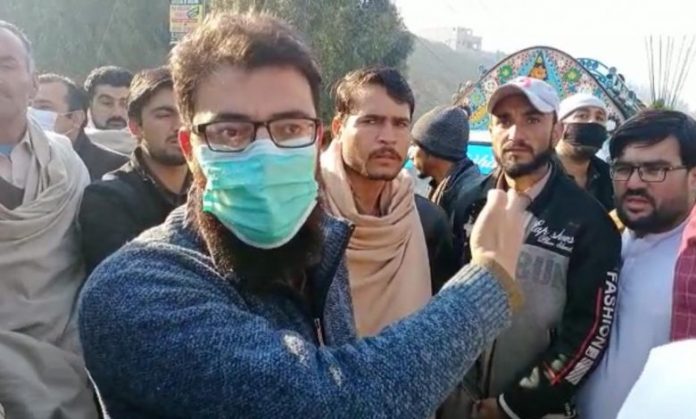 LOWER DIR: Candidates who had applied for vacant teaching posts in Lower Dir on Sunday staged a massive protest against irregularities in conduct of examination by National Testing Service (NTS), a private testing agency.

The Elementary and Secondary Education Department of Khyber Pakhtunkhwa has given the contract of appointment of different district cadre teaching posts to NTS and it has conducted tests for the posts of senior subject teachers (SST), physical education teachers (PET), certified teachers (CT), Arabic teachers (AT), drawing masters (DM), Qari/Qaria and primary school teachers (PST).

The test for PST posts was scheduled for Sunday and the candidates, as usual, lodged loads of complaints against the testing agency.

The candidates in Lower Dir complained that they saw some candidates solving the paper outside the exam hall, which is open cheating and usurpation of the right of deserving and capable candidates. The protesting candidates blocked different roads due to which traffic in most areas of the district came to a standstill.

The candidates said the pictures of the leaked papers are also circulating on the social media.

Similar complaints were also received from Peshawar where some candidates said some people were solving the papers outside the halls and some were provided answer keys in advance, which is an open violation of merit.

The role of private testing agencies always remains under sharp criticism and candidates make allegations of mismanagement, bribery and favouritism.

Few days ago, the Youth Wing of Jamaat-e-Islami held protest against mismanagement in NTS and ETEA tests and accused these testing agencies of promoting favouritism and culture of bribery.

Educationist Dr Muhammad Sohail says tests are conducted through testing agencies under the 1992 Education Policy. He said it is unfortunate that the standard of tests is very low.

Earlier, after the SST tests, many candidates had also raised questions about errors in the answer keys. However, the NTS had rejected those assertions as baseless. NTS had to cancel its tests several times due to complaints of mismanagement.