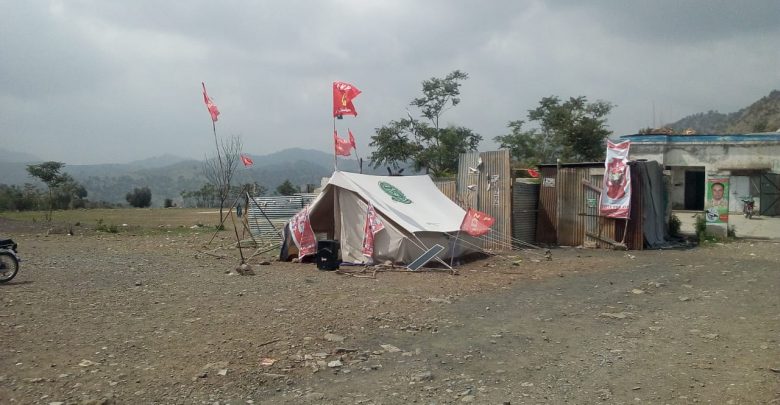 Almost all the markets and business centres in NA-49 constituency in South Waziristan were destroyed during military operation Rah-e-Nijab in South Waziristan. Due to lack of proper buildings, the election candidates have set up their campaign offices in tents as they had no other option. Tent offices have been set up at various locations in South Waziristan which are unable to protect the campaigners or voters from rain or harsh weather.

Twenty-five candidates are contesting the election on NA-49 constituency where there are a total of 178,293 registered voters, including 97,086 male voters and 81,207 female voters.