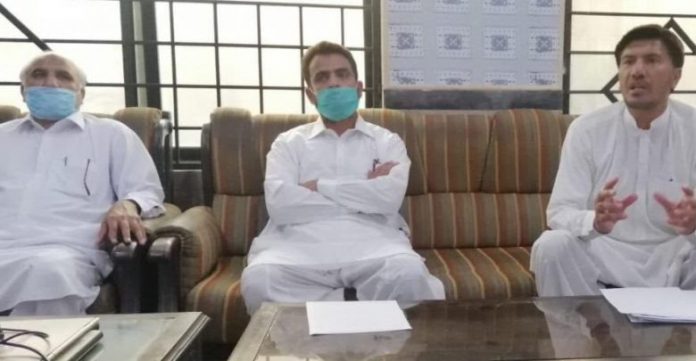 MARDAN: The Private Schools Management Association in Mardan has rejected the decision of the government for keeping the schools closed till the end of August.

The private schools owners have also announced to launch a protest movement for acceptance of their demands.

The Association district president Muhammad Naseer Khan Afridi and district spokesman Syed Nadeem Shah said in a statement that schools must also be opened under the standard operating procedures (SOPs) like other departments. They said they cannot afford to destroy the future of the children anymore.

The private schools owners said the government is acting against its claims of education emergency. They demanded that all the schools, madrassas and other educational institutions must be opened immediately under the SOPs. They said students are deprived of education, while teachers are also living under miserable circumstances and they could not be paid salaries.

All the educational institutions in Pakistan are closed since March. The federal government on Thursday announced that all the educational institutions will reopen under the SOPs from September 15 if the health situation in the country improved. Federal Education Minister Shafqat Mehmood said at a press conference that the situation will be reviewed in first week of September and decision about further action will be taken keeping in view the prevailing circumstances.

The owners and staff of private educational institutions have lodged several protests for reopening of schools. However, the government insists that the schools cannot be opened immediately due to the fear of coronavirus.

The private schools are demanding that the government should pay the salary of teaching staff which are closed on the government orders. They say the schools must be opened immediately under the standard operating procedures (SOPs) so that the precious time of students and investment by parents is utilised in right manner.

The private schools are making various demands, but parents of students say they are regularly paying fee to the schools despite closure. The parents say they receive continuous messages and calls from schools for payment of full fee, while in return their children are not receiving the education for which they are paying.

Teachers of private schools are also complaining that they are not receiving salaries despite the fact that parents of students are regularly paying fee.