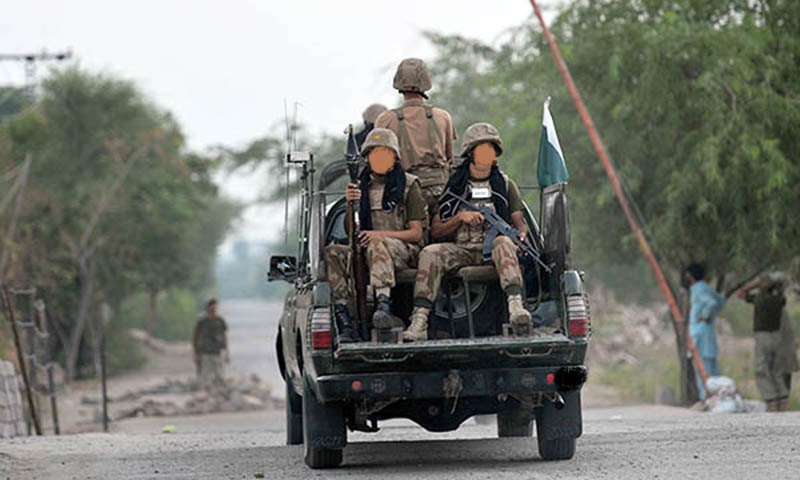 SADDA, 15 October: Five security personnel, including a captain, were martyred and two others sustained injuries in three blasts in Kharlachi area of Upper Kurram Agency near the Pak-Afghan border on Sunday morning.

The martyred officials were identified as Capt Husnain and sepoys Saeed Baz, Qadir and Jumma Gul while the injured as Naik Anwar, sepoy Zahir and Lance Naik Sher Afzal. The martyred and injured soldiers were taken to CMH Peshawar.

The security forces cordoned off the entire area and launched a search operation. The border crossing with Afghanistan was also reportedly closed after the incident.