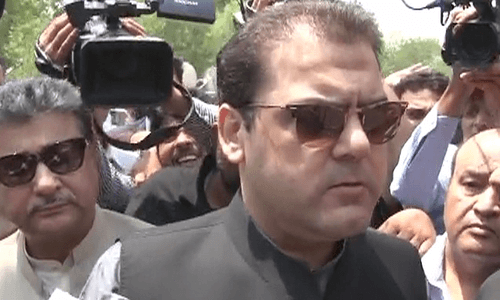 ISLAMABAD: The caretaker cabinet placed names of Nawaz Sharif’s sons, Hassan and Hussain Nawaz on the blacklist and they will not be able to travel on their Pakistani passports, media reports said.

Their names were placed after the National Accountability Bureau (NAB) requested it to place their names on the Exit Control List on which the caretaker cabinet has not passed a decision.

Another request had been submitted to the Immigration and Passport Directorate, following which Hassan and Hussain’s passports were blocked and their names placed on the blacklist.

The Federal Investigation Agency (FIA) had also contacted the headquarters of Interpol to request the issuance of red warrants for the arrest of Hassan and Hussain Nawaz.

An accountability court has issued warrants in the Avenfield Reference case and issued orders to immediately produce Nawaz Sharif’s sons before the court.