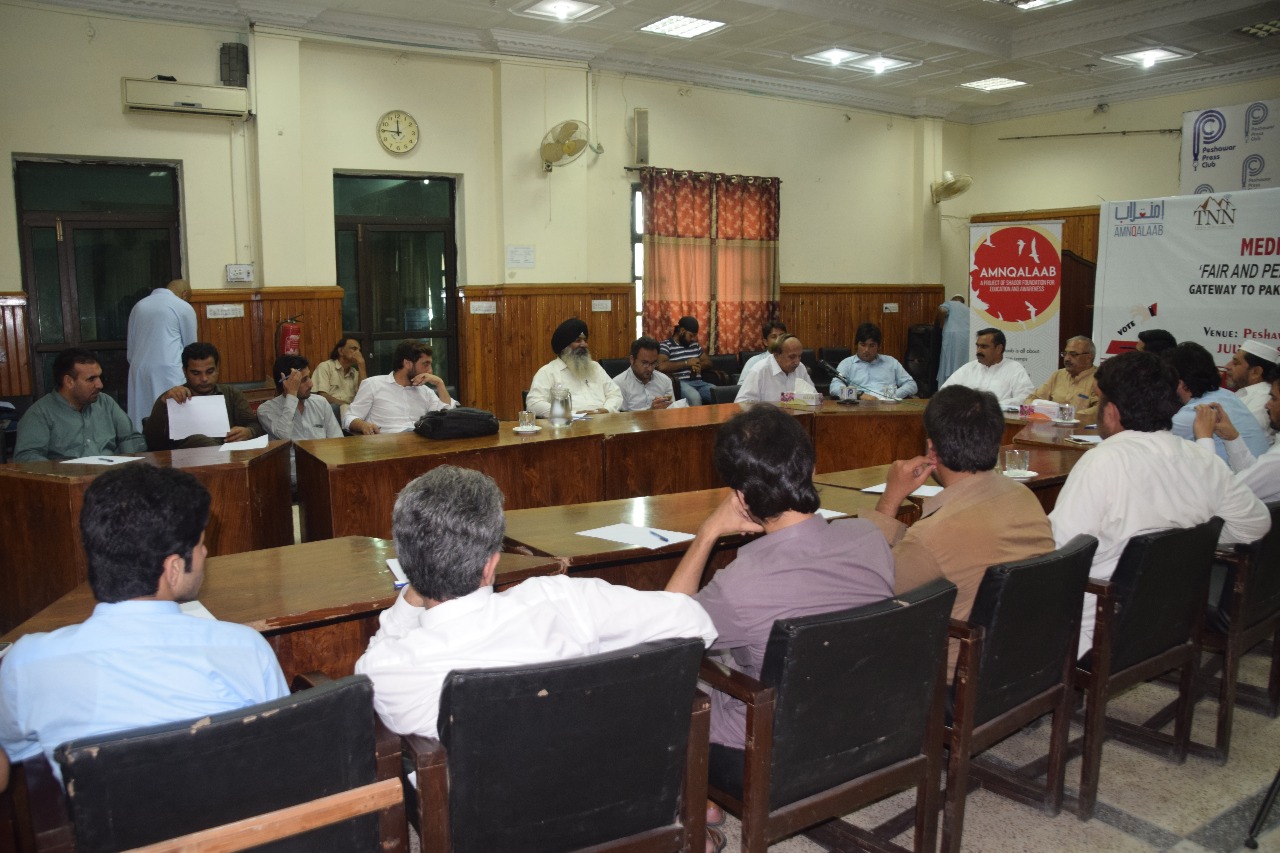 The seminar titled “Fair and Peaceful Elections” organized by Shaor Foundation for Education and Awareness in collaboration with Tribal News Network and Khyber Union of Journalists held here at Peshawar Press Club.

Local journalists, civil society activists and political leaders of various political parties participated in the seminar. They condemned attacks on Haroon Bilour and Mastung attack and prayed for the departed souls.

Awami National Party leader and member District Council Peshawar Malik Ghulam Mustafa said that fear and uncertainty has gripped the masses and asked the caretaker government to ensure safety of every candidate.

He urged the government to refrain from favouring a single party, rather, allow every party run its election campaign in a free and secure environment.

“In developed countries, a positive change comes in attitude of candidates as well as voters,” said Jamaat-e-Islami leader Hidayatullah Khan.

He said that even institutions too play their role in developed countries, but unfortunately, it would take time in Pakistan to bring positivity in peoples’ attitude, awareness and create sense of responsibilities in institutions.

Minority candidate who is contesting elections as independent, Radesh Tony Bhutti complained that he has been facing problems in running his election campaign in Peshawar.

“A specific party workers has been removing his banners and posters and paste their party’s banners but the Election Commission is not taking any action despite complaints,” he said.

Radesh stressed on ECP and security forces to restore peoples’ trust in themselves by holding free and fair elections.

PPC general secretary Shahabuddin sheds light on problems of journalists they face while covering elections and said journalists always tried to show true picture of events to masses. “Before criticisim, people should also understand problems journalists are faced with,” he said. 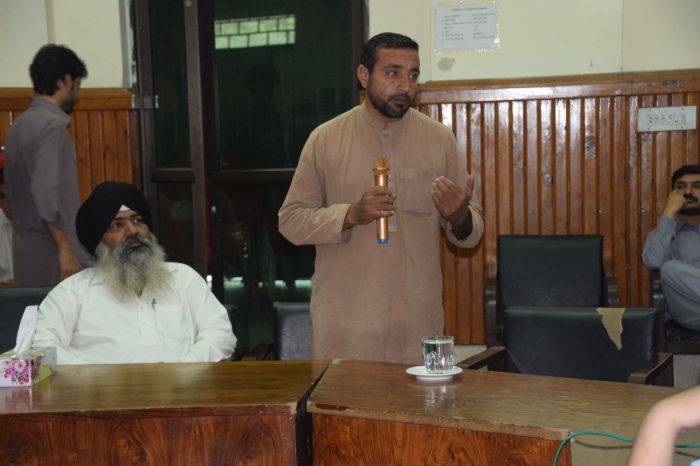 Pakistan Peoples Party leader Ayub Shah said that two percent people have occupied 70 percent of resources of the country. “They are those people who always remained in power,” he lamented and stressed on political parties to accommodate those in their ranks who could legislate.

Expressing concerns over current state of affairs, he said holding of elections on time was necessary for continuity of democracy despite recent terrorists attacks in Peshawar, Bannu and Balochistan.

Senior journalist Gohar Ali urged journalists to perform their duties with honesty and regardless of political affiliations and bring truth before the masses.

“Arrest of PML-N central leadership has diluted the true spirit of free and fair elections and it seems that a specific party is being favoured,” criticized Arbab Khizar Hayat, Pakistan Muslim League-Nawaz leader.

Director of Shaor Foundation Taimur Rahman thanked the participants for their participation.