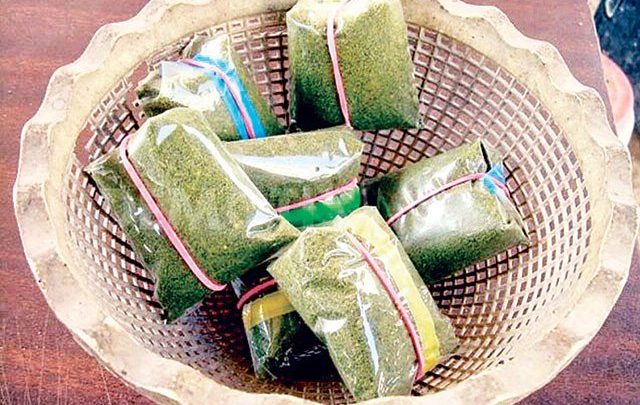 According to a notification of the CAA, all the airports in the country have been alerted about ban on carrying naswar. The notification says all the Arab countries have included naswar in the list of narcotics. It said strict action will be taken against the passengers if naswar was found in their luggage.

The notification further says the pilgrims going for Hajj or returning from there will also be not allowed to carry naswar. The CAA says banners about ban on carrying naswar have been displayed at all the airports.

The Airport Security Force (ASF) has also displayed banners regarding ban on naswar at the airports.

The ban has been imposed as some people carry drugs in guise of naswar.

Last year, many people carrying naswar to Iraq were arrested after which officials of Pakistan Mission in Iraq had advised Pakistani nationals travelling to the country to not carry naswar to that country. The arrested people mostly included Pakhtuns as they use naswar. Iraqi officials considered naswar as drugs and arrested the people.

A large number of Pakhtuns in and outside Pakistan use naswar as addiction and those living in Gulf countries for their jobs, carry naswar from Pakistan or sometimes, prepare it abroad. The market of naswar in Khyber Pakhtunkhwa is estimated at around Rs6 billion annually.

Besides KP, naswar is also used by people in Punjab, Balochistan and Sindh since a huge number of Pakhtuns live in other parts of the country with almost 80 percent of the production is traced back to Lakki Marwat, Bannu and Dera Ismail Khan districts.

The Khyber Pakhtunkhwa government has also increased tax on naswar. The provincial government has proposed 50 paisa cess-tax on one kilogram naswar after which its price is likely to increase slightly.

Prior to the budget, the Capital Administration and Development (CAD) suggested to the KP government to increase tax on naswar to increase its revenue. The proposal suggested that the government must bring naswar under tax net and naswar-making mini factories must be registered by the owners.