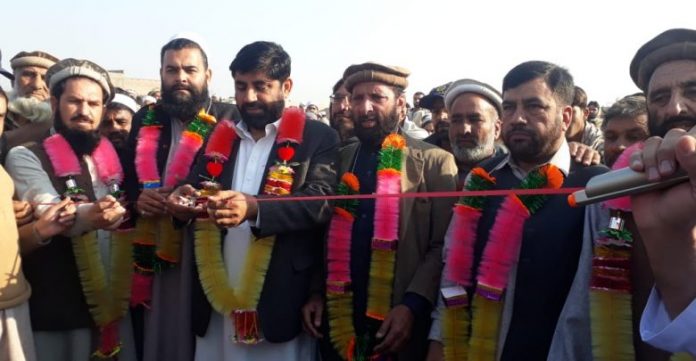 BARA: Some thirty years after its closure, a cattle market was re-opened in Tehsil Bara of district Khyber on Monday, which the locals believe will generate more jobs opportunities.

Chairman of Bara traders union Syed Ayaz and other traders cut the ribbon to inaugurate the cattle market. Ayaz said that the cattle market situated in Aka Khel area, near Bara Bazaar, has been reopened after 30 years.

Business activities in the iconic Bara markets are returning gradually since the area has been declared clear by the government in February 2016, when Governor KP visited the market and asked the people to come and restart their businesses. The Bara Market was closed down in 2009 when the security forces launched an offensive against the militants in the area.

“Situation has much changed now. Here is peace now. Here is no guns and violence,” said a tribal elder while talking with the TNN. “Now, we have a government and rule of law in Bara”. He expressed the hope that the cattle market will be a big success and will bring jobs opportunities. The elder expressed happiness over the positive development and added that the cattle market is accessible from all sides and people can come here from Waziristan, Charsadda to Mardan, Nowshera and Mohmand district that’s why he hoped that it will be a big success for the area.

Thirty years ago, there was a cattle Mandi in Bara that was flourishing with the mutual cooperation of all the tribes lives around the areas, said Gul Amin, a trader to TNN. “Thousands of people will get jobs now as Bara cattle market was much popular in the past,” he expressed the hope. The trader asked the government for providing more such facilities and job opportunities to the locals.

He added that all those people who have left Bara due to instability in the region should come back to their homes as the  peace has been restored. “They should come here and start their businesses after a complete peace is restored now.”