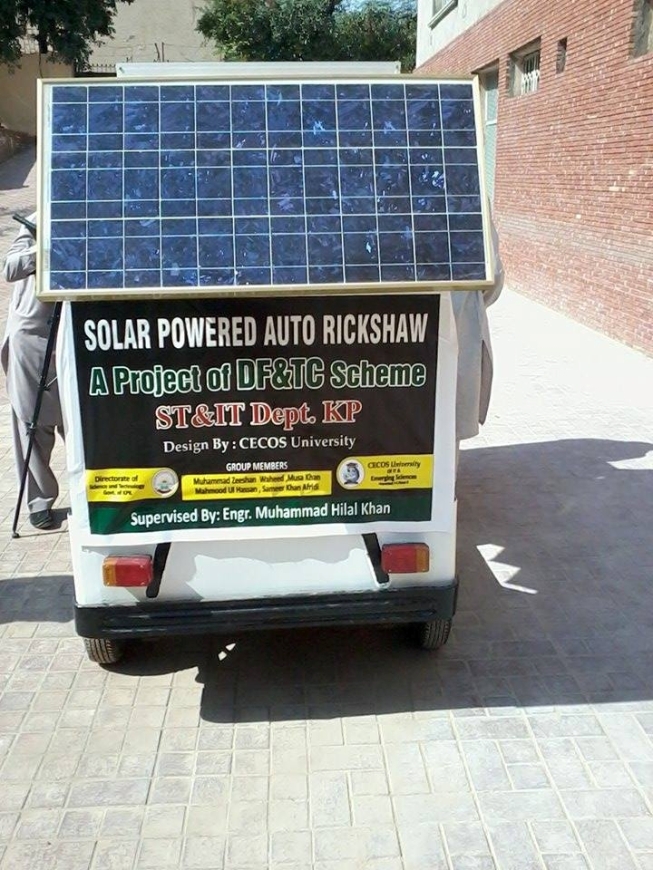 The rickshaw has been designed the Electrical Engineering students Mr Musa, Mr Kashif, Mr Mehmoodul Hassan and Mr Samir Afridi, with the assistance of the Science and Information Technology Department of the province.

The rickshaw neither makes excessive noise like other rickshaws that ply the city roads, nor does it emit smoke.

Mr Musa Khan said the rickshaw cost 250,000 rupees. The rickshaw does not have any engine, but it is run on a battery.

“This project took six months. The rickshaw does not use diesel, nor any other fuel. If we start making these rickshaws on commercial basis, the cost may plummet to 160,000 rupees per rickshaw,” he added.

Supervisor of the project, Prof Muhammad Ibrahim says that the government had assured them to start making these rickshaws on commercial basis and to use it as mode of transport on the city roads. 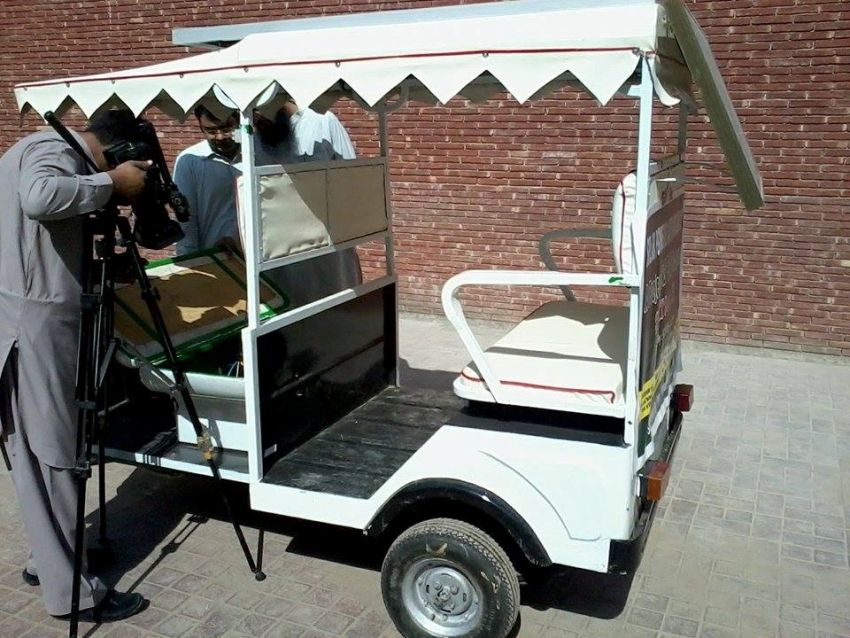