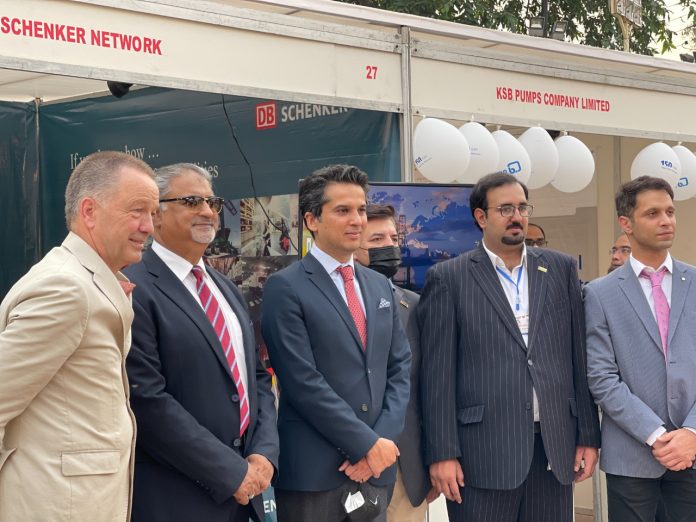 LAHORE: The German Embassy in Islamabad and the Annemarie-Schimmel-Haus in Lahore celebrate German days in Lahore to mark the 70th anniversary of establishing diplomatic relations between Germany and Pakistan.

A press release issued by the German embassy here on Friday said that the two days event at Al-Hamra Arts Centre in Lahore showcases German engagement in Pakistan across the board. On Friday, the focus is on German companies and businesses in Pakistan. Over 30 companies and other German organizations will be present with their own stalls ready to interact with visitors. A Science Film Festival and exhibition will also be part of the event.

At the opening of the event, the ambassador of Germany to Pakistan Bernhard Schlagheck said “with the German Days in Lahore, we want to offer a platform for people in Punjab to meet with us, the German community in Pakistan, and vice versa. I strongly believe that it is the people-to-people relations that offer the strongest links in a friendship between two countries – and this is certainly the case with Germany and Pakistan in their 70th year of strong and successful diplomatic ties”.

The event marks a joyous milestone and commitment from both countries to work together in shaping the next 70 years of German-Pakistani friendship.