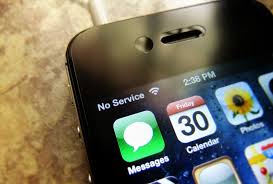 WANA: There is a high chance that cellular networks will be restored in areas of South Waziristan.

Speaking with media persons, Inspector General of Frontier Corps Major General Abid Latif stated that the cellular networks will be restored in the areas of South Waziristan.

He also said that efforts are underway for the repatriation of temporary displaced persons of South Waziristan before the arrival of Ramazan.

“Only 8 check points are left out of 90 check points because peace has been restored in the region”, he said.

Latif also said that peace has been prevailed in the region after the successful military operation and work is under process to reconstruct the damaged buildings.

He maintained that 151 check posts of Pakistani security forces are currently setup on Pak-Afghan border and surveillance cameras have also been installed.

Rs.433.6 billion were distributed among 18464 displaced of South Waziristan Agency.

One week earlier, the political administration of Mohmand Agency had restored cellular network in the region after a gap of one year. The tribal citizens had welcomed the move and showed joy over it.