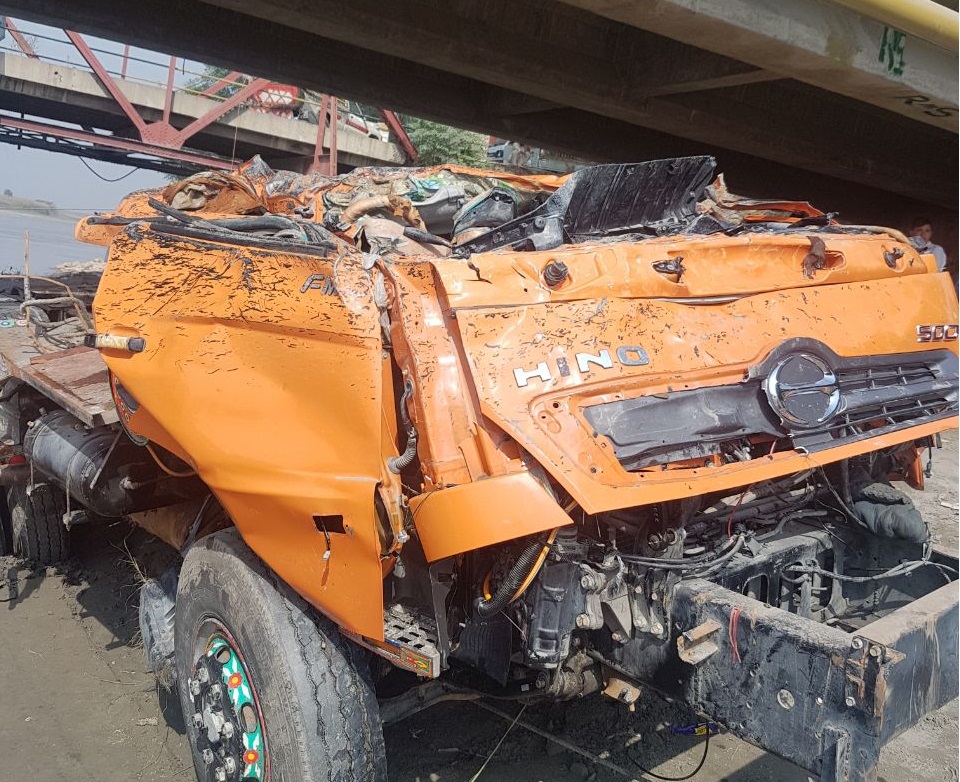 CHARSADDA, 22 September: A cement trailer, which fell down from Sardaryab bridge in Charsadda two weeks ago, was pulled out on Thursday.

The trailer owner said he has pulled out the trailer worth Rs20 million from Kabul River on self-help basis without any assistance from the government. He said he had to spend Rs1.2 million on pulling out the trailer, while cement worth Rs800,000 was also spoiled in the river. He said the driver of the trailer lost his life in the accident, while two other people were also injured. He said the Rescue 1122, Provincial Disaster Management Authority (PDMA) and Highway Authority did not provide him any help.