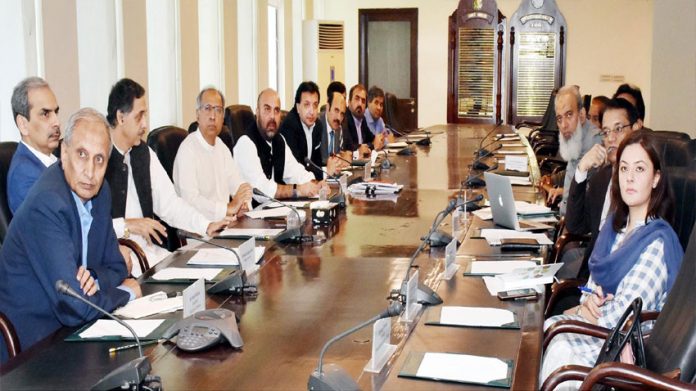 PESHAWAR: The federal government on Monday assured the authorities in Khyber Pakhtunkhwa to ensure timely release funds for development projects in the merged tribal districts.

Adviser to Prime Minister on Finance Dr Abdul Hafeez Shaikh made this assurance to a meeting in Islamabad which was attended by KP Finance Minister Taimur Saleem Jhagra, Adviser to PM on Establishment Shehzad Arbab, Secretary Finance Naveed Kamran Baloch and other senior officials of the federal Finance Ministry.

Taimur Saleem Jhagra briefed the meeting about the financial requirements of the tribal districts. He said funds are needed in tribal districts for development of social sector, health, education, construction of road and provision of electricity facility.

The meeting was informed that the federal government has provided funds for rehabilitation of temporarily displaced persons (TDPs) of tribal districts. Dr Abdul Hafeez Shaikh informed the meeting that the federal government would extend all possible assistance to tribal districts to fulfil its financial needs and support the KP government in its endeavours to work for the social and economic development of erstwhile Fata.

Media reports said the federal representatives expressed concern over the mode of expenditure of funds in the merged districts and suggested that the development priorities may be revisited in view of shortage of funds. It was pointed that the utilisation of funds must be improved and a monitoring mechanism can also be introduced for this purpose.

The government had said at the time of the merger of erstwhile Fata with Khyber Pakhtunkhwa that the tribal districts will get a mega package of Rs100 billion, but that package has not been announced so far. Tribal districts need massive funds for rehabilitation and restoration of displaced persons and rebuilding of infrastructure.

CNICs to be used as health cards

The premier made these directions while a meeting to review provision of healthcare facilities to the people of tribal districts.