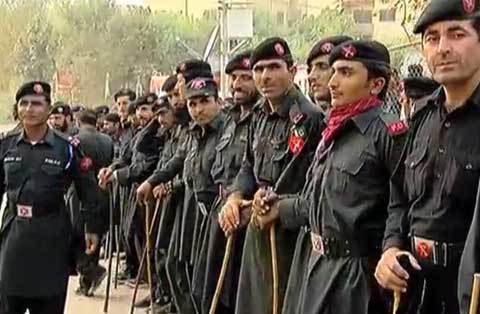 PESHAWAR: On the request of Caretaker Chief Minister Justice (R) Dost Muhammad Khan, the federal government has handed over the control of 86 platoons of Frontier Constabulary (FC) to the Khyber Pakhtunkhwa government.

The Interior Ministry besides handing over 3,338 FC personnel has also sent 500 highly trained police personnel from Azad Kashmir to KP. The chief minister has thanked the federal government for handing over such a large number of security personnel to KP. He said the FC and police personnel will be deployed at sensitive polling stations in KP during the upcoming general elections.

Justice (R) Dost Muhammad said he is thoroughly reviewing security measures in KP. He said adequate security will be provided to candidates contesting the upcoming general elections. He said the caretaker government is committed to ensure free, fair and transparent elections for which ample security measures have been taken. He said the FC platoons were sought from the centre keeping in view the security requirements.