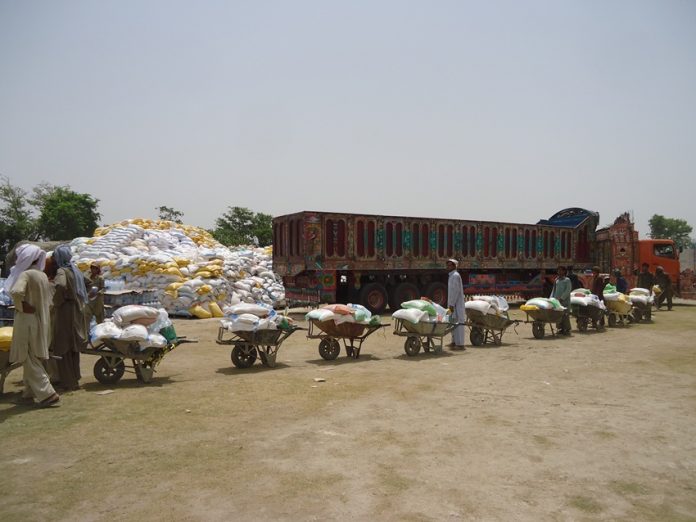 BANNU, October 17: Internally displaced persons (IDPs) of North Waziristan tribal region complain that they are being provided with substandard flour by the government and and non-gvernment organisations.

The IDPs say that the flour being provided to them at the Bannu Sports Complex, Vocational College, Mamshkhel College and Commerce College was not cookable and that it also caused diseases among them.

The IDPs made a complaint that “the flour provided to them is not only too less to suffice their purpose yet the same substandard flour is the cause of outbreak of various diseases.”

However, workers of the food monitoring team say that the edibles perished because of unnecessary food hoarding by the IDPs and that they do not properly preserve it.