PESHAWAR, 16 December: Ceremonies were held in different parts of the country, including Khyber Pakhtunkhwa and FATA, to pay tributes to the martyrs of Army Public School (APS) on second anniversary of the heinous terrorist attack on Friday.

On the occasion, solidarity was expressed with the families of the martyrs and Fatiha was offered for the departed souls.

“We will observe the martyrs day every year to pay tributes to their sacrifices and we will make KP and educated province. We will never waste the sacrifices of students and we will take different steps to ensure 100 percent literacy rate,” he said. 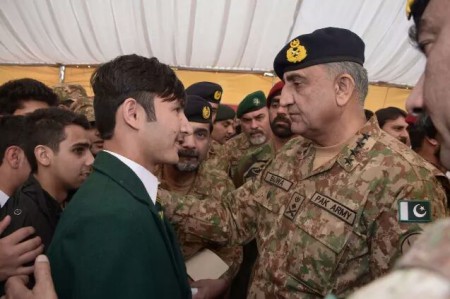 Programmes to pay tribute to the APS martyrs were also organised in different schools of Kurram Agency. On the occasion, the students presented different programmes and songs in praise of the martyrs.

A prayer ceremony was also organised for APS martyrs at the United States Consulate in Peshawar which was attended by Pakistani and foreign officials.