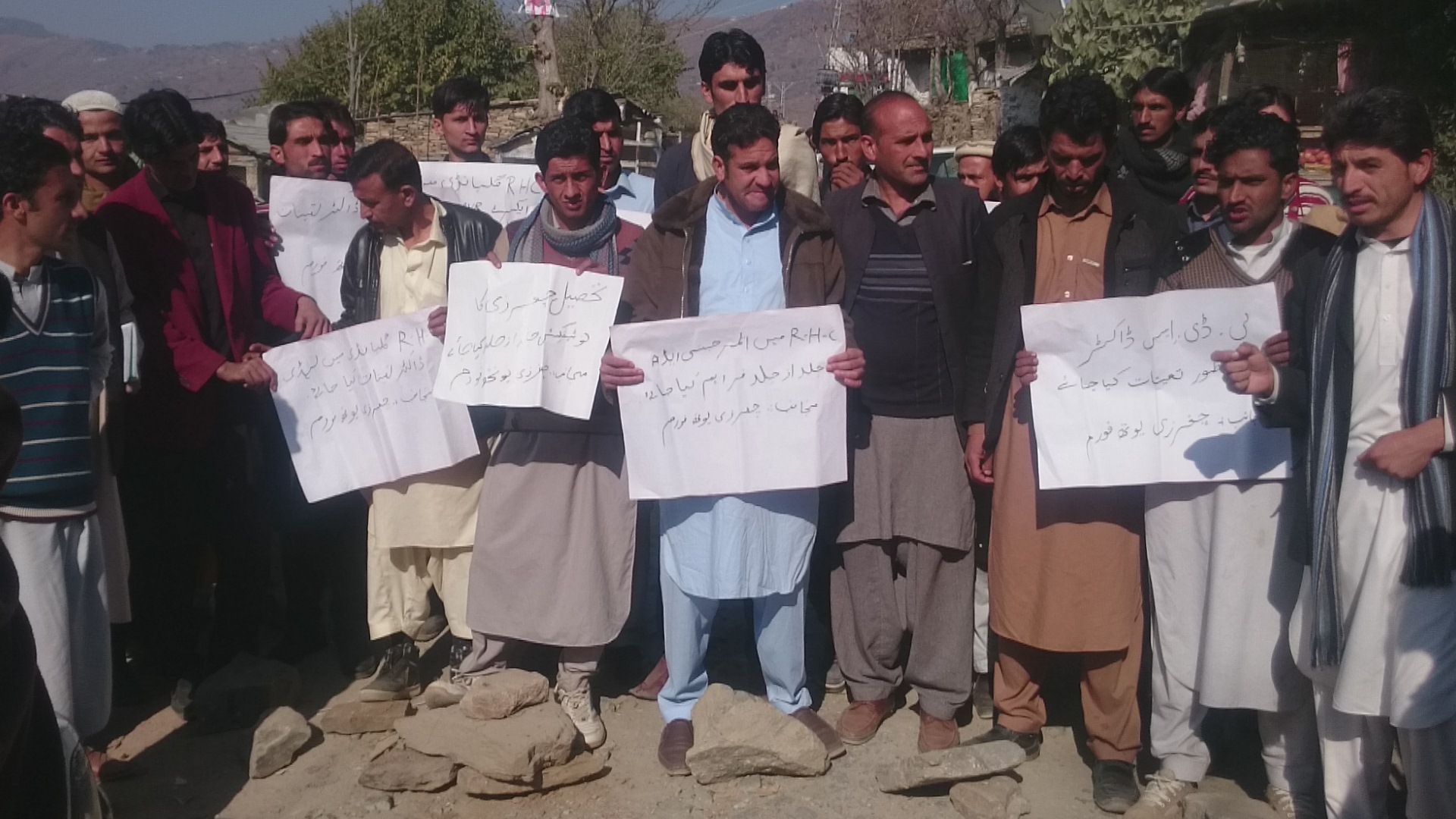 BUNER: Residents of Chargharzai area of Buner district on Sunday staged a protest demonstration against lack of facilities at local rural health center and criticized the provincial government for its so-called health emergency project.

The protesters said that that was the only health center for a population of 40,000 which was 24 kilometers away from the District Headquarters Hospital.

They said that there were neither lady doctors nor lady health workers, adding that the center also lacked equipment to deal with emergency cases.

They asked the provincial government to approve funds for the center as soon as possible and threatened to block main road leading to Shangla district for traffic if their demands were not heard.