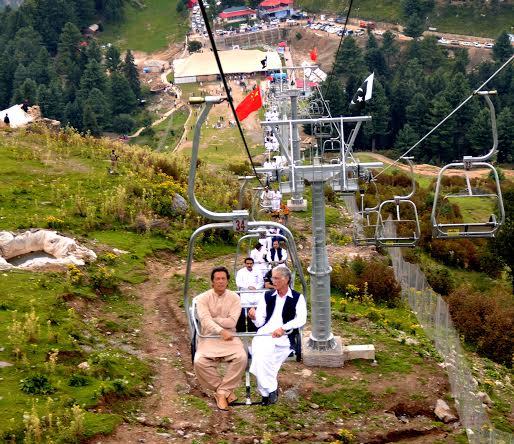 SWAT, 2 September: The chairlift at sky resort of Malam Jabba in Swat, which was destroyed by the militants, was inaugurated on Thursday.

Khyber Pakhtunkhwa Chief Minister said on the occasion that 10 more tourist spots will be established in the province. He said the provincial government has allocated Rs2 billion for promotion of tourism. He said snow festival is being organised in Malam Jabba every year.

The chief minister said the Malam Jabba road will be reconstructed according to international standards to facilitate the tourists.

Mr Khattak said if the Pakistan Tehreek-e-Insaf (PTI) came to power in the Centre, it will bring back the Pakistani experts and investors to Pakistan.

As many as 228 people can take a ride at Malam Jabba chairlift at once.