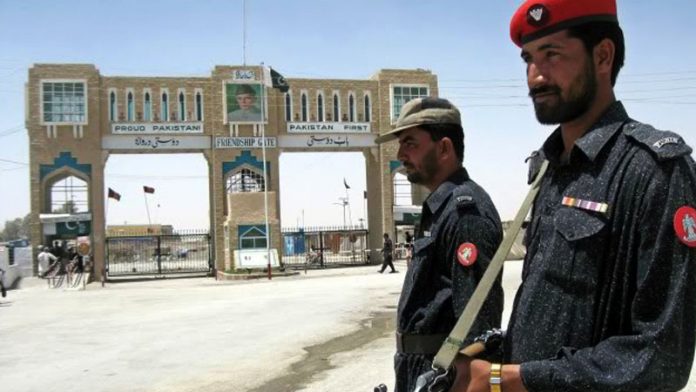 PESHAWAR: After formal inauguration of 24/7 service at Torkham border, the government has now decided in principle to also make Chaman border operational.

Sources said the decision to make Pak-Afghan border at Chaman has been taken to further promote bilateral trade and people to people contacts. The border will be opened within 90 days. Modern crossing points will also be established at the border on the pattern of Torkham border.

The ceremony to formally inaugurate 24/7 service at Torkham border was arranged on September 18 which was also attended by Foreign Minister Shah Mehmood Qureshi and Chief Minister Mehmood Khan. On the occasion, the prime minister also inaugurated Pak-Afghan friendship hospital to provide healthcare facilities to the people of the area and traders.

Talking to the media after the inauguration, the prime minister said the project would change people’s destiny and promote trade and peace in the region. “The lives of people in this region will be changed,” said the prime minister in his addressing, adding, “Peshawar will become a regional hub of business activities which will generate employment opportunities.”

Imran Khan said Central Asian countries are keen to trade with Pakistan and expressed the hope that the round the clock opening of the border will increase trade activities with central Asia via Afghanistan.

He said the area would change and would get developed because of the opening of the border. The prime minister said that during his visit to the Central Asian countries, he saw which of these countries wanted to trade with Pakistan.

The move by the prime minister was welcomed by all the political parties, particularly the people in tribal districts. After opening of Torkham border round the clock, people had demanded the prime minister to also open the Ghulam Khan and Chaman borders with Afghanistan. They said opening of all the border crossings will boost trade activities and people-to-people contacts.