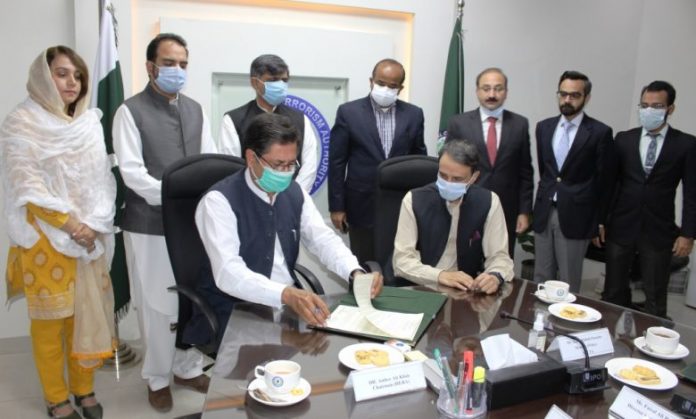 Addressing the ceremony, Khyber Pakhtunkhwa Governor Shah Farman termed the MoU very encouraging and said, “We have to protect our youth from menaces of extremism and drugs through a comprehensive strategy.”

He noted that war psychology was implemented in our region in a very systematic manner and later it was converted into terrorism.

“We have overcome extremism and terrorism in accordance with our traditions and culture, now we have to protect the youth from indulging these activities against especially drug addiction,” he said.

Analysts have termed the MoU encouraging, but termed it insufficient and said fundamental changes will have to be done in educational curriculum to eradicate the menace of extreme tendencies completely.

Cultural Director Bacha Khan Markaz Dr Khadim Hussain welcomed the development, and said if it is implemented in letter and spirt, then it will help a great deal in curbing extremist tendencies and promote healthy debates and cultural norms. He said the purpose can be achieved by removing material regarding wars, hate, discrimination from the educational course and replaced by cultural attractions, aesthetics, fraternity and music etc. He said the scope of the MoU should also be extended to rural areas to make it more effective. He said more funds should be issued for education and work should be done on providing them opportunities to display their creative abilities.

Dr Khadim Hussain told TNN that cultural activities like music, poetry and aesthetic activities must be arranged for students so that they could display their talent in a befitting manner. He said the MoU did not mention other provinces and religious seminaries, which shows that work should be done in this respect and a lot needs to be done. He said incidents of extremism are also reported from religious seminaries and other provinces, but the MoU has not mentioned that.

Former chairman of Area Study Centre of University of Peshawar Dr Sarfaraz Khan said such material is available in course books from primary to university level which needs to be removed to address the problem of extremism. He said it is unfortunate that even highly educated people sometimes indulge into extremist tendencies.

Dr Sarfaraz said the MoUs will not resolve the issue permanently unless our course books are changed according to modern scientific needs. He said the culture of tolerance and constructive criticism must be promoted get rid of extremism.