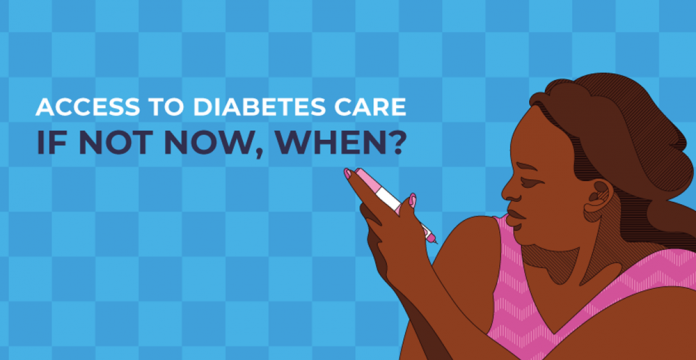 Nihara Babi, a resident of Charsadda district is living with diabetes for past 15 years. Though she had no family history of diabetes; however, her other siblings were also diagnosed with diabetes.

“I only know about my condition, when a large number of ants were attracted to my urine,” she told TNN. Ms Bibi said that then she realized her medical condition.

Ms Bibi said that she could not seek urgent medical care due to her poverty. “My blood sugar levels shot up to 350 to 450, causing blistering in her mouth and swelling in her body,” she said.

She said that she had stopped eating for past one week and only taking milk, which has led to weight loss.

Similarly, Shamsur Rehman has diabetes for past nine years. Mr Rehman told TNN that he used to eat sweets in routine. However, his illness dawned upon him, only when he started losing weight.

“I have family history of diabetes,” he said.

He has also received treatment for his conditions; however, of the view that it has not helped him much.

His sister-in-law died of kidney failure due to complications caused by diabetes.

However, he completely follows the doctor’s advice regarding food and other precautions.

It is pertinent to mention here that World Health Organization (WHO) observers World Diabetes Day every year. The day has themed “Access to Diabetes Care, If Not Now, When,” from 2021 till 2023.

According to WHO, there are 460 million diabetes patients world over. The global health watchdog says that the diabetes was on the rise globally as number of diabetics rose by 100 per cent between 1980 and 2014. There were only 108 million in 1980, which rose to 422 million in 2014.

According to International Diabetes Federations there are 33 million diabetic patients in Pakistan. Health experts say that large numbers of diabetes cases in Pakistan are caused due to life style.

What doctors have to say?

He said that there were type 1 and type kinds of debates. “Type-1 diabetes is usually found in children whose body does not make insulin,” he said. On the other hand, type-1 patients are mostly over 30 years old. “Most of Pakistan diabetes cases are of type-2,” Dr Ashfaq said.

He said that obesity can also cause diabetes.  However, Dr Ashfaq said that doctors were using technologies like bariatric surgery to bypass the stomach to make a patient lose weight.

If some has his blood sugar level at 120 at fasting and 180 after eating, then he /she is suffering from diabetes and needs to seek medical advice, he said.

Dr Yasir, a diabetologist at the Hayatabad Medical Complex opined that whenever the illness grew out of control then it causes the most harm.

He said that diabetes symptoms were pretty obvious to notice and include frequent urination, tiredness, hunger, thirst and weight loss.

Regarding its perils, Dr Yasir said that diabetes can vision loss, kidney failure and heart condition. “Besides blood circulation in feet also affected, which leads to injuries that take long time to heal,” he said.

He said anyone having above should get himself tested for diabetes. “It is very easy to treat the illness in the start but delay can be deadly,” he said.

People suffering from diabetes say that the prices of medicine have recorded increase up to 200 per cent. They said that costly medicines were making it difficult for them to get themselves treated.

Nihara Bibi said that she has stopped taking Humulin after this medicine price jumped to 1000 from Rs 640.

“I am a poor woman and could not pay for such a costly medicine,” she said.

She demanded government to provide patient like her with free medicine.