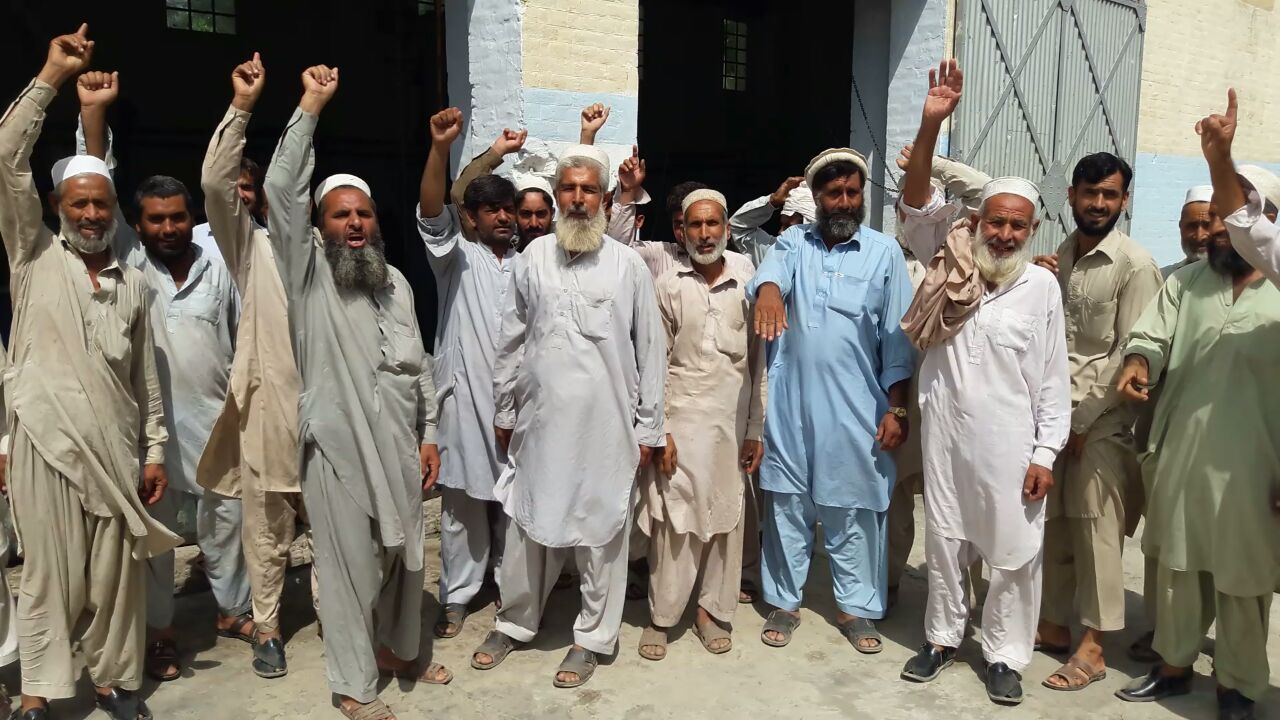 CHARSADDA, 13 August: Farmers of several villages in Dheri Zardad area of Charsadda district have staged a protest demonstration against insufficient water supply to irrigate their farm lands and appealed to the government to take steps for uninterrupted water supply.
The protesting farmers said that the farm lands in Dheri Zardad and Khweshgi areas were being provided irrigation water via two canals from River Kabul. They alleged that for the last few months the machine that was taking water from the river to canal is dysfunctional due to technical fault. They said that now one machine is being used to provide irrigation water to one canal on one day and to the other canal on other day to irrigate their lands.
The farmers feared that their crops and vegetables might suffer damages to insufficient water supply. They demanded of the irrigation department to immediately the problem and threatened to stage protest demonstration in front of Deputy Commissioner’s Office if their demands were fulfilled.
The protesting farmers told TNN that they are faced with several problems due to water shortage. They said they are dependent on their crops. “We incur 30 to 40 thousand rupees expenses on 4-kanal vegetable crop, similarly incur ten thousand rupees cost on maize crop. However, these crops are fear to be damaged due water shortage,” they said.
The farmers also called for cleaning the canals since much water is wasted as distilling has not been done since long.