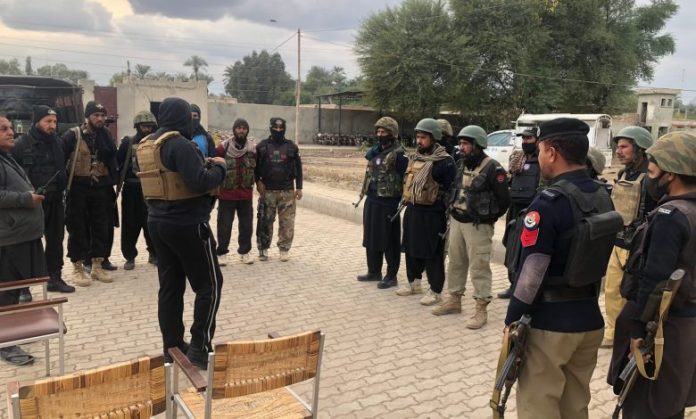 Charsadda police has in its annual performance report for 2021 termed the district law and order situation as satisfactory and under control. On the other hand, local observers said that police claims did not match the ground realities as incidents of violence have witnessed increased.

The report said that police performance in maintaining law and order remained satisfactory.

However, local observers did not agree with these assertions.

Sabz Ali Khan Tareen, a senior local journalist said that the report was silent on issues directly hurting the society. He said that drug peddling; particularly that of ice has increased in the district during the year. Mr Tareen said that one can see a glimpse of this in shape of number of FIR registered in the police department press releases.

However, he regretted that most of these accuses are released on bail due to faulty police investigations.

On the other hand, police also claimed to recover huge caches of drugs during the year. Police said that it has recovered 741 kilograms of charas, 124 kgs of ice, 46 kgs of opium and 76 bottles of liquor.

However, Mr Tareen questioned the police performance on the grounds that the report does not contain comparison of incidence of crimes with previous year.

He said that if a report fails to compare performance, then such a report could not be base for painting a satisfactory situation.

He said that incidents of violence increased during the last year. Mr Tareen said that a mob torched a police station and seven check-posts following in an alleged blasphemy case. Besides, another mob set a man on fire in the Geedar Killay. “These incidents show the real police writ,” he said.

Mr Tareen said that police carried out a couple of hundred search and strike operation to hoodwink the high ups.

Khalid Khan, another journalist said that police shies away from painting the real picture of law and order situation in its reports to protect its failures.

He said that currently Charsadda’s people considered themselves insecure due to law and order situation.

Mr Khan also said that usually police linked law and order situation with local disputes. “Such disputes are limited to families and does not affect the society,” he said.

Mr Khan said that police biggest challenge was curbing easy and cheap availability of drugs in the district. He said that since the district was adjacent to Mohmand; therefore, drugs were easily making their way to Charsadda in non-custom paid vehicles.

Charsadda police when approached for comments denied these claims. The police said that besides daily operations to curb drug trafficking, they have setup committees to raise awareness among the masses regarding drugs.