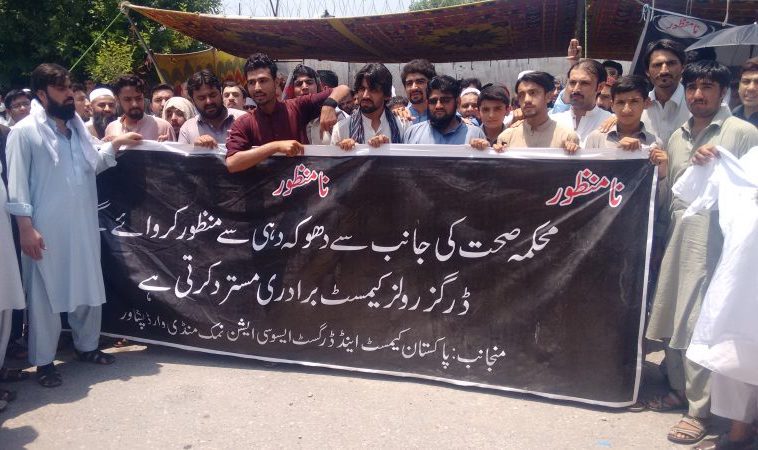 PESHAWAR: Pakistan Chemist and Druggist Association Khyber Pakhtunkhwa on Monday announced to observe shutter down strike on July 27 of this month against new Drug Rules across the province.

The announcement was made by office bearers of the association after staging a protest here at Peshawar. They said that government had promised to take all stakeholders in confidence before passing the new rules and would accept their recommendations.

They complained that their proposed recommendations were not accepted and said that medical stores would not be given license without the prior approval of a pharmacist.

They said that with ban on whole sale of medicines, restrictions would also be placed on small medical stores. Finance secretary of the association Attaullah Shah told Tribal News Network that the government wanted us to hire pharmacists but the fact is that pharmacists’ job was to work at a pharmaceutical company.

He said that a three day protest camp would be sit in till from July 17 while a sit-in would be staged outside secretary health office followed by a complete shutter down strike on July 27.