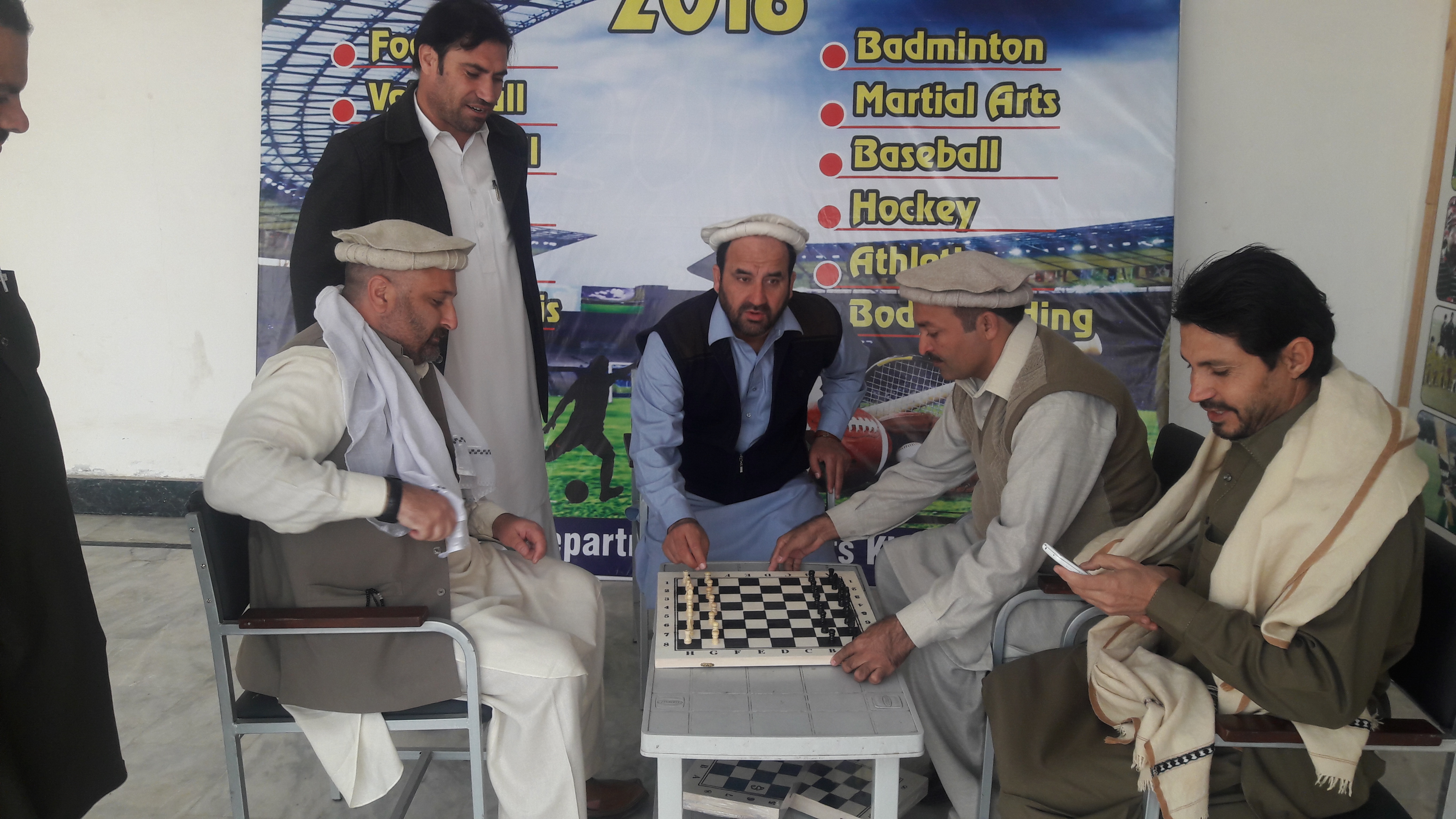 JAMRUD, 10 December: The organizers of the Khyber Peace Sports Gala has for the first introduced chess game in the competitions.

The event was formally inaugurated by patron in chief of Khyber Cricket Association Haji Taimure here on Saturday. A total of 20 players from all over the Khyber agency are participating in the event.

The opening match was held between Tahirullah and Darya Khan in which the former earned victory.

Later, talking to TNN, Tahirullah expressed happiness over the inclusion of chess in Khyber peace games and said he had been playing chess for the last 20 years but unfortunately, nothing had been done to promote the game at local level.

He hoped that making a regular feature of the annual sports calendar, the game of chess would get wide popularity among the tribesmen.