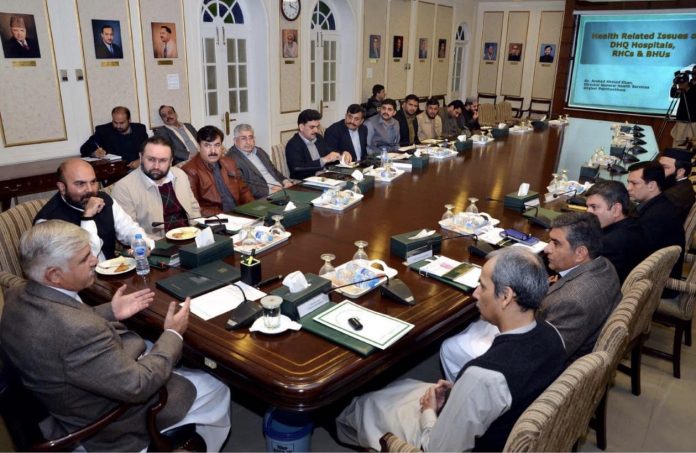 The directives were issued by the CM while chairing a high level meeting here on Tuesday.  The Chief Minister also issued directives to approve the national health reform package for these districts within six months.

Besides filling the legal vacuum, the people of newly merged tribal districts are demanding for reforms in health and education sectors. They are asking for facilities available for the people of other parts of the country.

The chief Minister also directed the health authorities to address the problems in providing free of cost medicines and ensuring presence of doctors on priority basis in all the health facilities of the province.

The CM was briefed in detail about the health sector and agreed with the proposal of establishing 500 primary health units in rural area, up-gradation of District Headquarters Hospitals of the province in next five years.

The Chief Minster also directed the health authorities of the province to ensure provision of free of cost medicines, and other health related facilities and attendance of doctors in all the primary and secondary hospitals in four weeks time.

The CM further directed the KP health officials to improve health delivery system at the local level BHUs and dispensaries so that people could get better treatment facilities. The chief Minister was also informed that 50300 lady health workers are performing duty in health sector and 90 percent immunization process has been completed.