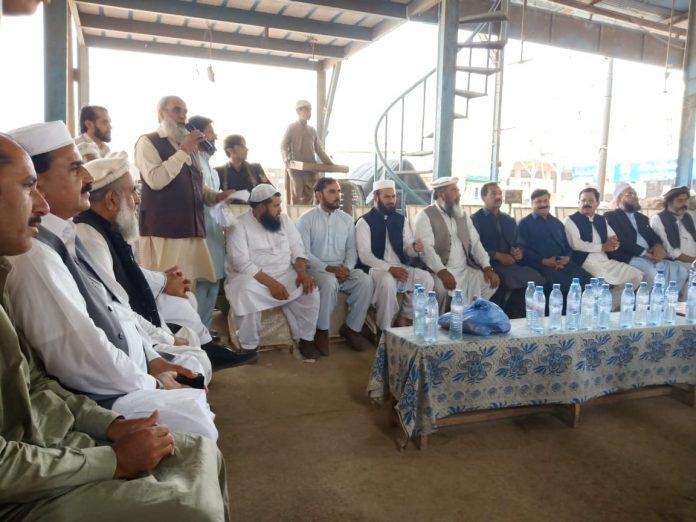 KARACHI: Sindh government on Thursday assured the Bajaur political alliance of efforts to ensure justice to families of Bajaur labourers killed in Larkana on February 13. The assurance was made during the alliance members meeting with chief minister Sindh Syed Murad Ali Shah.

The killing of the labourer was declared as an act to create rifts in the country and vowed that all such conspiracies  will be foiled against unity and stability of the country.

Three labourers from Bajaur were gunned down in Larkana district of Sindh province on February 13 by unidentified assailants.

The members of Bajaur alliance after meeting with the Chief Minister visited the fruits and vegetables Mandi and hoped the desire that the CM would fulfil all his promises and would provide justice to the bereaved families.

While addressing the gathering at the fruit market, they said that since there are more than 4 million Pakhtun living in Karachi, it is crucial that they must be provided security of life and property.

The Sindh Police also informed the delegation that they are investigating the murders and so far arrested some 28 suspected persons in the case. However, police said that the actual culprits have gone underground.

Azim Khan, the president of vegetables and fruit market said that the Sindh government is getting Rs 0.6 million from the market on daily basis but paying no attention to the issues faced by the traders.

Khan added that they staged a protest for their rights and resolution of their issues a few days back after which police registered FIR against 623 labourers.  They asked the government to stop the harassment of daily wagers otherwise; they will be compelled to stage a series of protests.