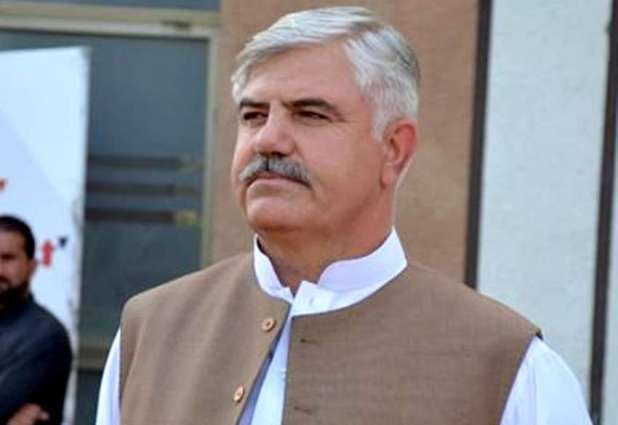 PESHAWAR: Chief Minister Khyber Pakhtunkhwa Mahmood Khan inaugurated the first ever Ice Drug Rehabilitation Centre in the provincial capital on Monday. The centre is equipped with all facilities under one roof having a hundred beds and a pharmacy for the provision of free medicines.

“The government will provide all-out facilitate for the rehabilitation of Ice Drug addicts in the centre,” said the Chief Minister. He added that a laboratory with modern facilities to undertake necessary screening will also be set up in the centre.

“Professionally qualified staff will be hired to take care of the ice drug addicts,” promised the minister. The minister said that the centre will provide free food, accommodation and training facilities in different fields. The staff will include doctors, nurse, lab technicians, pharmacists and physiologists.

He said he is aware of the rising trend of ice and other drug use and his government stands committed to eliminating it. Adding that there are multiple reasons behind the increasing number of Ice drug addicts and the government will make efforts raise awareness among the youth about it. “It is the collective responsibility of the government and welfare institutions to create awareness and contribute to the rehabilitation of ice drug affectees,” said the Chief Minister.

A new ice drug centre would also be established in Hayatabad which would be inaugurated by the Prime Minister of Pakistan, he revealed. He assured the people to resolve their problems as expeditiously as possible.