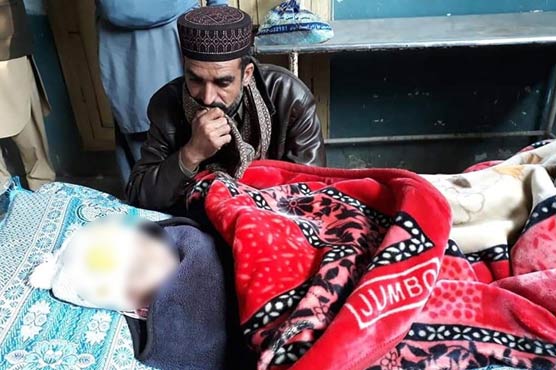 PESHAWAR: The Spokesperson for Khyber Pakhtunkhwa government Ajmal Khan Wazir has the Chief Minister has ordered to expedite inquiry into the molestation and killing of three-year-old girl Faryal, in Hawaiian Tehsil of district Abbottabad.

In a statement issued here on Thursday, Wazir said that in line with the instructions of the Chief Minister, Mehmood Khan, the incident is being thoroughly monitored round the clock. “I am personally in contact with the IGP and the district administration to monitor the incident from every angle” he added.

Wazir said that the culprits involved in this barbaric incident would be given an exemplary punishment. They would be brought to justice and the government will ensure speedy and visible justice in the said case Wazir concluded.

In yet another harrowing incident, the three-year-old girl has been killed after sexual abuse in Kayla village of Havelian area of Abbottabad. Local sources said the girl, Faryal went missing from outside her house on Tuesday and a report in this regard was filed with Havelian Police Station. Police said they initiated search for the missing girl after filing the report and found her body in a deserted place on Wednesday.

The post-mortem report showed that the girl was subjected to sexual abuse and then thrown in a deserted place under the open sky in unconscious condition due to which she died. The body of Faryal was handed over to her family after completion of legal formalities after which the police initiated search to arrest the culprits.

Sahil, an NGO working on protection of children against violence, recently released a report stating that child sexual abuse cases in Pakistan have increased from nine cases per day in 2017 to 12 cases per day in the first six months of 2018.