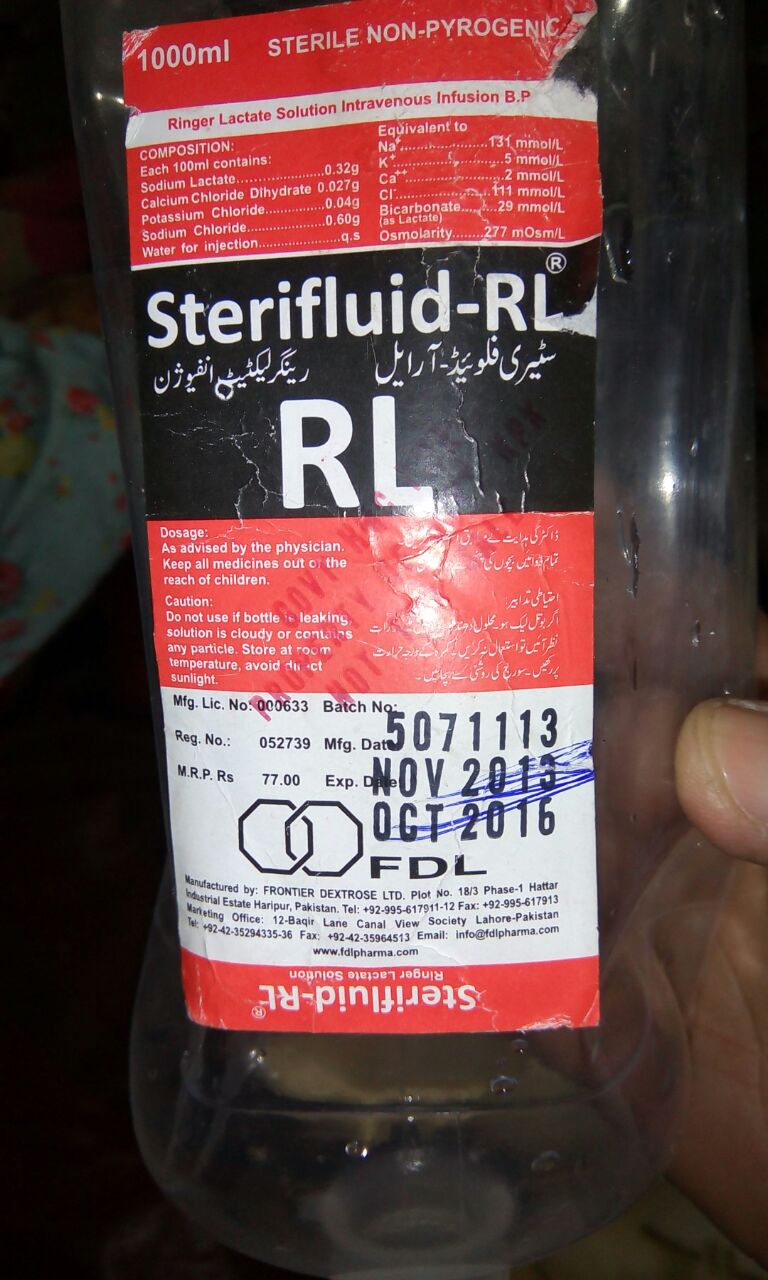 PESHAWAR, 23 December: A two-year-old child fainted at Hayatabad Medical Complex (HMC) Peshawar when an expired drip was applied to him by the hospital staff on Thursday.

Iftikhar, father of the child, Muhammad, said his son was suffering from chest infection and he brought him to the hospital for treatment. He said his son’s body heated up and pimples also appeared on his body after a drip was applied to him after which the child fainted. The hospital staff came into action after the issue was raised by the media persons and treatment of the child is underway.

The child’s parents said the boy is still under treatment and he is in critical condition.

The HMC spokesperson Tauheed said they checked the hospital stores, but could not find another expired drip, which means that the drip applied to the child was brought from outside the hospital. She said the hospital director has ordered inquiry into the matter and those found negligent will be punished.