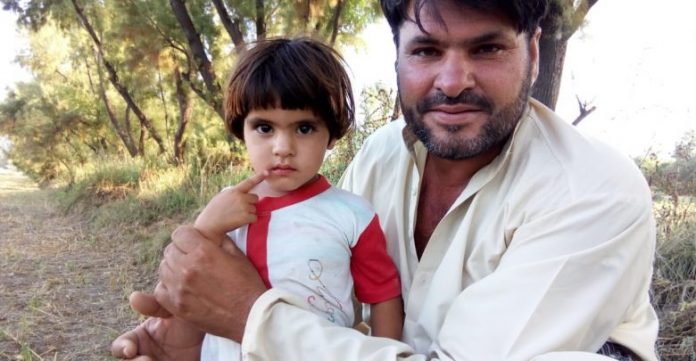 PESHAWAR: “We don’t have money to arrange food for us, then wherefrom can we bring money to buy new shoes and clothes for our children.”

These thoughts were expressed by Alamzeb from Hayati area of Bajaur tribal district, who is confined to his home for the last three months due to coronavirus lockdown. He told TNN that he works in a printing house in Khar, but his shop is closed for the last three months and he has no other source of income. He said there are no customers and he is paying the rent for the shop as an additional burden on his pocket.

Alamzeb said the house expenditure has almost doubled in Ramazan and he had to borrow money from people to make ends meet. He appealed to the government to help him in making his children celebrate the Eid like other children.

Tens of thousands of other people like Alamzeb have lost their source of income during coronavirus lockdown and no one has helped them in this difficult situation.

Ikramullah, another resident of Bajaur, told TNN that he has no money in his pocket for Eid. He said he was working in a washing powder company which is closed since the imposition of lockdown. He said he could not find work despite making every effort for it. He said his children are demanding new shoes and clothes for Eid, but he simply has no money to fulfil their little wish.

Although, the government has initiated emergency cash assistance program for the poor workers under which they are getting Rs12,000, but still there are many workers who complain of not receiving the aid.

Muhammad Naeem from former FR Peshawar said instead of celebrating the Eid, he is perturbed over the arrival of the occasion, as he cannot buy new clothes for his children. He said he has five children and the family is in extremely difficult situation due to financial constraints. He said he used to bring new clothes and shoes for his children during every Eid, but this time he could not find work, which means he has no money to make his children celebrate Eid this time.