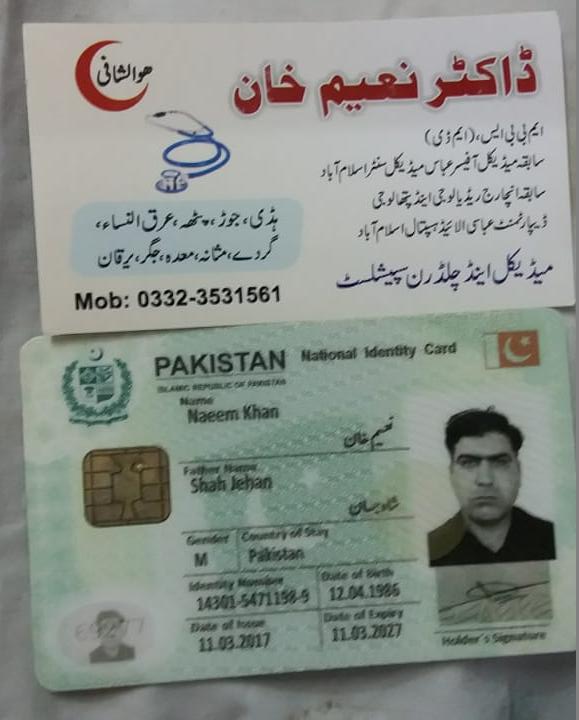 Children Specialist Dr Naeem Khan was going to his village Mirbashkhel when unknown armed men opened fire on him, leaving him dead on the spot. Police have filed a case of the incident and initiated investigation.

It was the second incident of attack on doctors in Kohat during the last three days.

On Friday, a homeopathic doctor Qaiser Abbas was injured in firing in Kohat. He was going to his clinic when unidentified armed men opened fire on him, leaving him critically injured. He was taken to Kohat Hospital from where he was shifted to Peshawar due to his critical condition. Qaiser Abbas had no enmity with anyone.