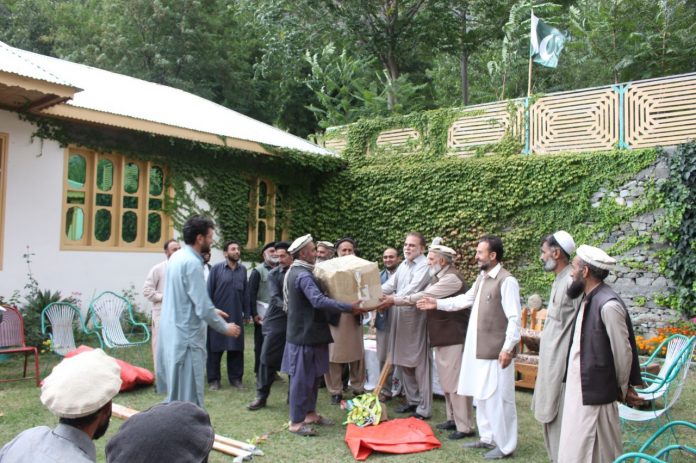 An event was held at Shishikoh valley, where Shaukat Faiz, Divisional Forest Officer (DFO) Chitral, was the chief guest.

During the event, different chilghoza harvesting toolkits were distributed among the local people for sustainable harvesting of chilghoza cones and improving local livelihoods through the increased productivity and enhanced services and functions of the chilghoza eco-system in Chitral, says a press release.

Provincial Coordinator Ajaz Ahmad said these toolkits are designed to facilitate the collectors to harvest the cones easily without damaging the branching of the tree. A detailed practical demonstration was also given to the participants on how to use and handle the toolkits.

Sohrab Khan from Chilghoza Protection and Conservation Committee Shishikoh thanked the department and Chilghoza Project for provision of toolkits and the chilghoza forest restoration work in the area.

The local people appreciated the efforts of Forest Department and Chilghoza Project for the provision of toolkits and requested the project and the department to provide more toolkits to the local people so that the chilghoza traditional harvesting in the area can be replaced and cones can be collected through sustainable way.

The Forest Department of Chitral has also distributed free of cost saplings among the people under the 10 Billion Tree Tsunami program of the federal government.

The plantation campaign was carried out in Torkhao and Molkhao areas to address the issue of deforestation, shortage of wood and overcome the challenge of climate change.

Shaukat Faiz said the shortage of forests can be overcome by implementation of ‘one man one plant’ formula. He said the situation can improve drastically if every person plants at least one tree. He said growing more trees is the only answer to reduce the impact of climate change in the area.