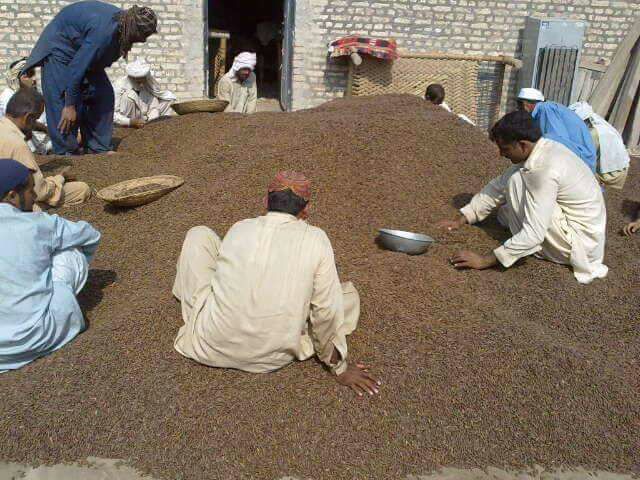 MIRANSHAH: The trades of chilgoza (pine nuts) are facing more problems as compared to last year.

On one hand, the routes of Pakistan and China are closed, while ban has also been imposed on export of chilgoza from Pakistan to Afghanistan. Another problem is that the traders of chilgoza had to pay heavy taxes while transporting the commodity inside the country. Traders are facing huge financial losses due to these restrictions and taxes.

Chilgoza traders in Bannu district of Khyber Pakhtunkhwa said while talking to TNN that traders in Afghanistan used to send chilgoza to Pakistan, but now it is sent to China due to closure of trade routes with Pakistan. They say the process of sending chilgoza to China from Afghanistan costs Rs100 per kilogram. However, they said, the transportation expanses increase to Rs180 per kg when chilgoza is exported from Pakistan to Afghanistan.

“There is no other way to take chilgoza to China and we export it through planes, so we bear additional burden of Rs80 per kg,” a trader told TNN.

A trader, Ali Khan, said he has chilgoza worth Rs15 million in his store and he is facing a loss of four to six million rupees this year. He said that the prize of chilgoza was about Rs250,000 per maund last year, and they were expecting the price to further increase this year, but now the situation is that no one is prepared to buy chilgoza even for Rs120,000 per maund.

The traders said they are facing a lot of difficulties in bringing chilgoza from Chitral and North and South Waziristan. They said first the Forest Department receives tax and then the Customs officials start teasing them.

Another trader alleged that despite payment of permit fee, some government officials and policemen receive Rs20,000 from each truck carrying chilgoza. He said the officials don’t provide any receipt for the payment which they receive in the name of ‘committee’.

Traders have demanded the government to lift ban on transportation of chilgoza to Afghanistan and illegal and unnecessary taxes must be halted and action must be taken against corrupt officials.