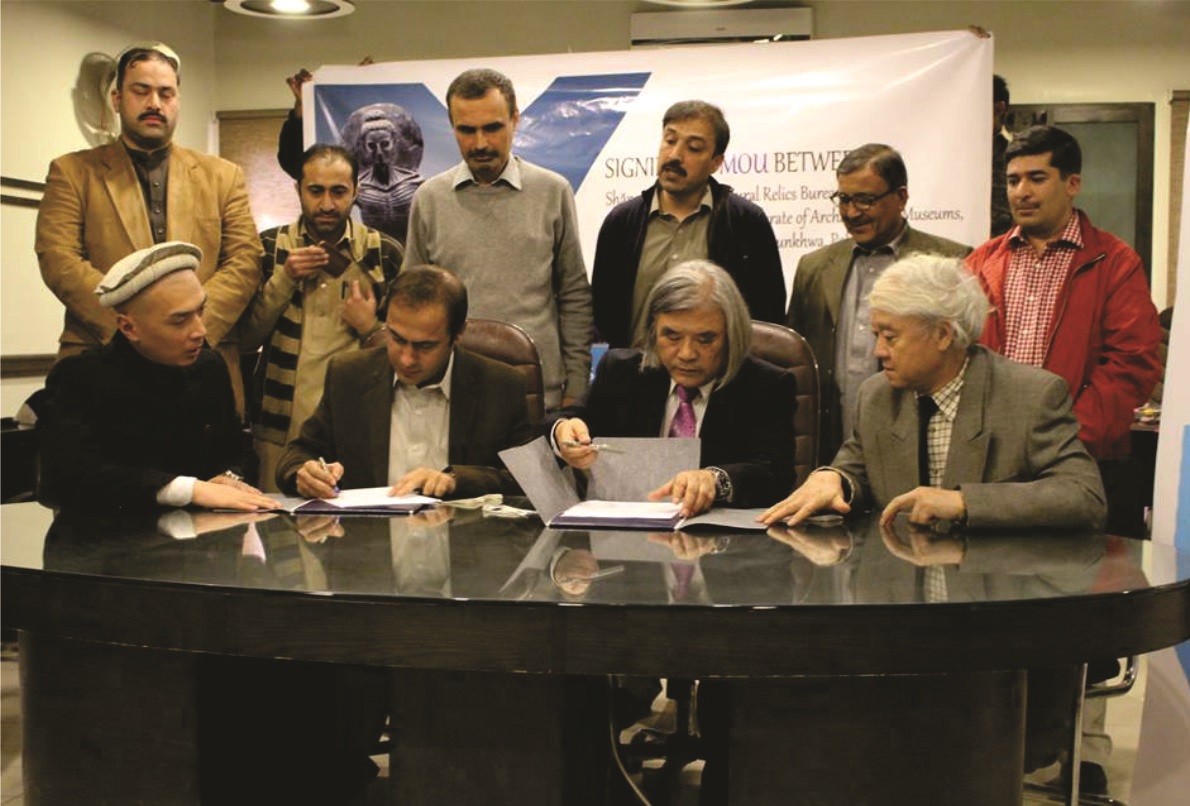 PESHAWAR, 14 February: The Khyber Pakhtunkhwa Archaeology and Museum Department and the Cultural Bureau of Shanxi province of China on Monday signed a Memorandum of Understanding (MoU) to establish four museums in different areas of the province.

Under the agreement, a survey will be conducted on the China Pakistan Economic Corridor (CPEC) and archaeological relics on the route will be preserved in four museums. The beautification of the existing archaeological relics in KP is also included in the agreement. China would also establish an educational institution at the University of Peshawar to start the Chinese language course and create awareness about the culture of China among the people of this part of the world.

The four museums will have libraries and other international standard facilities.

Secretary Sports, Tourism, Archaeology and Museum Department Muhammad Tariq said on the occasion that more tourists and archaeological and heritage lovers would visit the province after establishment of four museums.