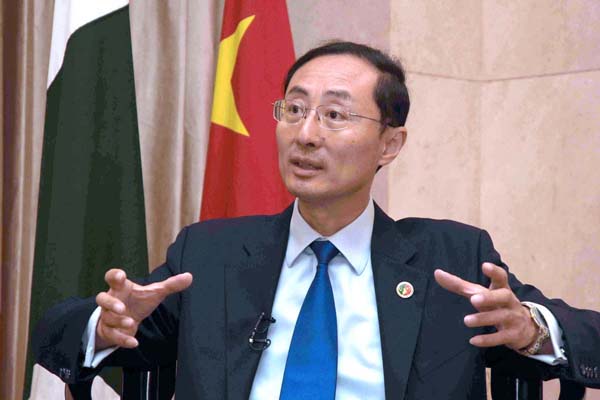 PESHAWAR, 20 December: The Chinese embassy has rejected all the rumors and speculations spread in the media about the China-Pakistan Economic Corridor and termed them baseless and unfounded.

It is being widely believed that benefits of the multi-billion dollars project had not been equally distributed among the federating units and that corruption was being done in the execution of the project in the form of kickbacks and commission. It is further circulated that the energy projects which would be built under the CPEC might prove hazardous from environmental point of view.

The Chinese Ambassador while addressing a seminar in Islamabad on Tuesday said that baseless and unfounded information about CPEC was being generated by some elements, adding the cooperation of the Pakistani people was much needed to counter these elements.

The ambassador said some circles had been terming CPEC as the China-Punjab Economic Corridor and they had been giving the impression that most of its developmental projects were meant for Punjab.

He explained that Balochistan would be the most beneficial projects under the CPEC.

The ambassador also rejected the allegations of corruption saying all the information about the project and tenders of contracts were open to public, adding not a single penny of corruption would be allowed.

The Chinese ambassador said the technical experts would be consulted to minimize environmental effects of power plants preparing electricity from coal.