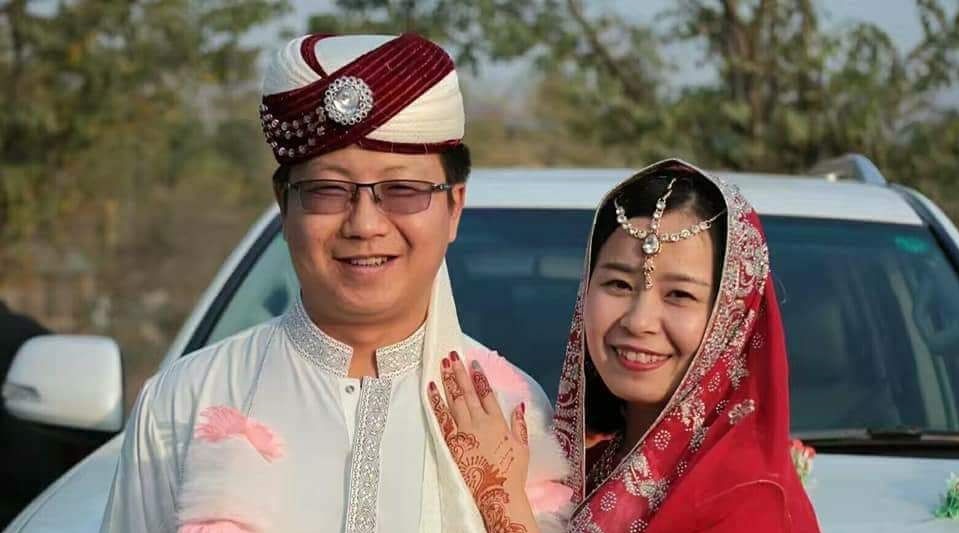 BATTAGRAM, 14 November: A Chinese couple working on the China Pakistan Economic Corridor (CPEC) project in Battagram celebrated their wedding on Monday according to Pakhtun traditions.

A function in this regard was organised in Koza Banda area which was attended by the staff of CPEC project in Battagram and local people in large number. Chinese engineer Mr Sain and his wife Ms Lin were wearing traditional local dresses during the function. The local youth danced on the drumbeats to celebrate the wedding and chanted slogans about Pak-China friendship. 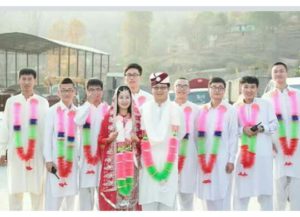 Henna designs were also made on the hands of the bride according to local traditions. The couple was seen off in a group of vehicles decorated with flowers.

Mr Sain and Ms Lin are working on the CPEC project in Battagram for the last six months.