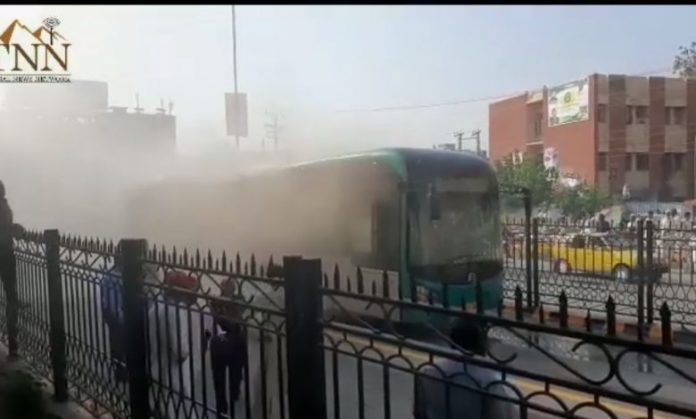 PESHAWAR: A Chinese delegation has arrived in Peshawar to know the reasons behind the increasing incidents of fire eruption in buses of Bus Rapid Transit (BRT) Project.

According to sources in TransPeshawar, the company responsible for running BRT project, the Chinese delegation will identify reasons for technical faults in the buses. The delegation will present its report to the Khyber Pakhtunkhwa government within 72 hours.

Since the inauguration of the mega project on August 13, 14 buses of BRT have gone out of order in less than a month. Ten buses stopped while travelling on BRT routes, while four went out of order as fire erupted in them. The sources said the BRT authorities are running less than 100 buses on the BRT route, while seven buses have been sent back to the depot after they developed fault.

On August 09, two BRT buses went out of order in a single day.

On August 31, passengers using the BRT faced a difficult situation due to faulty payment machines installed at the bus stations. Passengers also complain that buses at the terminals arrive with a gap of six minutes which causes rush at the stations.