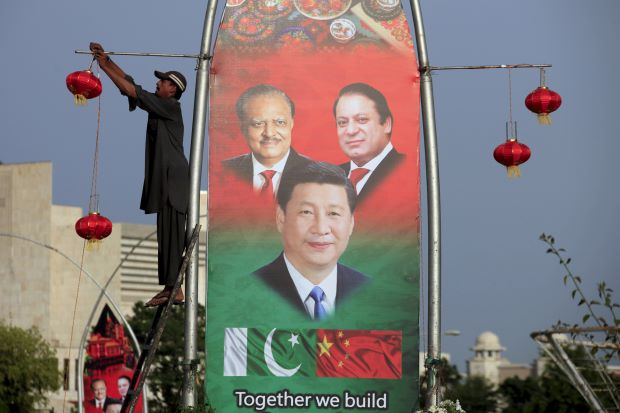 PESHAWAR, April 20: Chinese President Xi Jinping will arrive in Islamabad on a two-day visit today— the first by a Chinese president during the last nine years.

He will be accompanied by his spouse, ministers, Communist Party leaders, high officials and heads of the Chinese business companies.

Besides meeting government representatives, the Chinese president will also address joint session of the Parliament. The Chinese president visit was set for October last year which was delayed owing to the sit-in of Pakistan Tehreek-i-Insaf in Islamabad.

Pakistani officials said that during the visit the Chinese president would sign $28 billion projects, which include Gwadar-Kashghar road and a number of energy projects. Total outlay of the Chinese investment in projects in Pakistan is $46 billion.

Planning and Development Minister Ahsan Iqbal told media-persons on Sunday that a Chinese bank would provide $12 billon loan on easy repayments, which would be spent on improving infrastructure and construction projects. The first project which will be started with the Chinese partnership is Thar coal power project which would help generate 6,600 megawatt power, the minister said.