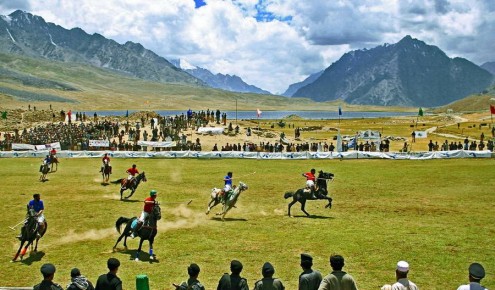 CHITRAL: Chitral win final polo match by defeating rival Gilgit Baltistan and retained the title with a 10-5 score for the fourth consecutive time.

The festival was being played at the highest polo ground in the world and concluded the three-day-long Shandur Polo Festival.

Though Gilgit teams have inducted new players yet it could not defeat defending champions Chitral.

Inspector General of Frontier Corps Major-General Waseem Ashraf was the chief guest on the occasion.

Strict security measures were taken in and around the Polo festival by the Chitral scouts and police for the smooth conduct of the traditional event.