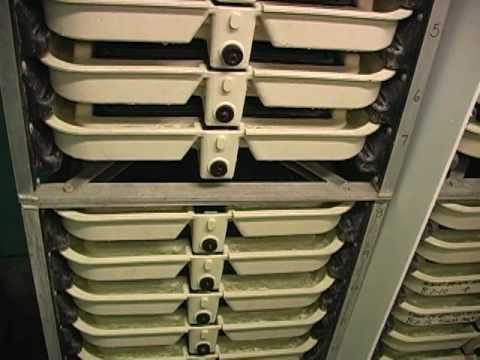 CHITRAL: The Food and Agriculture Organization of the United Nations (FAO), under the Multi Year Humanitarian Program (MYHP), handed over two vertical flow fish incubators to the fisheries department at a ceremony held in Chitral.

The fish incubators were handed over to promote and strengthen trout fish farming with improved technology in the region, says a press release. The MYHP works to restore livelihoods of affected communities, and to build their resilience to cope with unforeseen disasters in district Chitral.

The vertical fish incubators will be used for incubation and hatching of trout fish eggs. Through the program, the FAO Pakistan has developed ten small-scale fish enterprises. Incubators will ensure consistent fingerlings supply to the farmers, sustainability of the enterprises and to strengthen the extension services of the fisheries department. In addition to rehabilitating the fish farms, the FAO supported market development to ensure sustained enterprise in the region.

As part of the program, seeds of essential food crops have been distributed to ensure household food security in the district. Irrigation channels have been rehabilitated, livestock dewormed and vaccinated, and kitchen garden training given to the farming families and women headed households. In 2019 in particular, fruit plant seeds were distributed and to date, three water irrigation channels have been rehabilitated.

The district administration and heads of district line departments i.e. Agriculture, Livestock, Fisheries, Water Management, as well as representatives from the United Nations Development Program (UNDP), ACTED and AKRSP and other development organizations participated in the ceremony.

The FAO field officer briefed the participants on the on-going FAO projects in the district. Assistant Commissioner Chitral Alamgir appreciated the FAO’s efforts to promote livelihood sources and its contribution towards food security in the district. He also pledged support to communities that had recently been affected by the Glacial Lake Outburst Floods (GLOF) in Golan valley of Chitral district.

Alamgir handed over the fish incubators to the Assistant Director Fisheries Amin Jan, who highlighted trout farming as a potential source of livelihoods in Chitral, and requested further assistance in the sector to resource poor fish farmers.