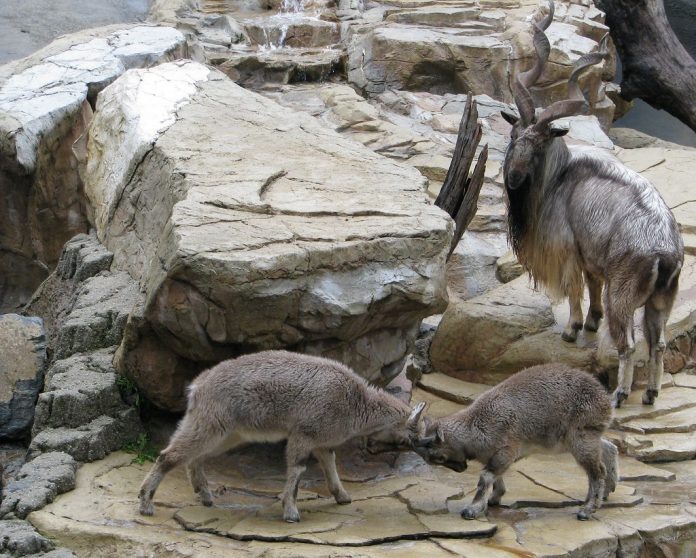 On the other hand, chief conservator wildlife KP in a report has also outlined various reasons for the drop in number of animal.

The report said that CGNP was setup due to drastic reduction in the number of animals. “In 1984, when the park was setup there were about 100 to 125 markhors were around,” the report said.

However, figures for 2020 were shocking and have created ripples across the conservation community. Markhor count for 2020 showed a total of 1996 animals in the park and 4345 for the rest of the districts.

This significant drop in number of animals has led to speculation, claims and counter claims regarding the subject.

Annual animal count for 2021 is not yet complete.

Possible reasons for the drop in markhor number

The KP wildlife department’s report cites several possible reasons for the drop in the number of markhor in CGNP.

The theories being put to use to explain the drop in number of the animals include change in snowfall pattern in the area and the fencing of the border.

The report showed that climatic data shows that there was less snowfall in Chitral in December 2021. According to the report, the animal prefers to stay on high altitude in the absence of snowfall. On the other hand, fencing of the Pak-Afghan border along with Nuristan province of Afghanistan could also have led to drop in the number of markhor. The report said that fencing could have restricted the animals’ movement, leading to drop in number. It said that the animal crosses the border into Afghanistan in search of food.

MNA Abdul Akbar Chitrali on other hand while quoting local figures said come down to only 800.

DFO CGNP Samad told TNN that the low animal count does not necessarily mean the markhors have been lost or killed.

He said that climate change might also have a role to play in this. “Chitral weather in 2020 was drier than past four years,” Mr Samad said.

He said that animal count surveys were also conducted Surveys are conducted in winter and in the absence of snowfall the animals might have stayed high up inaccessible ridges and caves away from preying human eyes.

Mr Samad said that mostly the animals that come down to lower altitude are counted in surveys. “It might have translated into lesser number of animals,” he said.

Regarding the impact of fencing, he said that it was the other reason for the lesser count of the animal.

The wildlife department report also said that animals prefers to steer clear of humans. It said that globally, animals move from one to another country in the absence of physical barriers in what is called trans-boundary movement.

DFO Samad said, “We have all the details for those who have complaints and will inform them of the truth.”

Denial of salaries to community watchers

MNA Abdul Akbar Chitrali said the community watchers have been deployed to protecting animals from preachers. However, he said that these watchers were not being paid for several months.

MNA Chitrali said that he had repeatedly asked the relevant authorities over past two years to control the drop in the number of animal but to no avail.

“I am going to raise this issue on the floor of the National Assembly,” the MNA added.