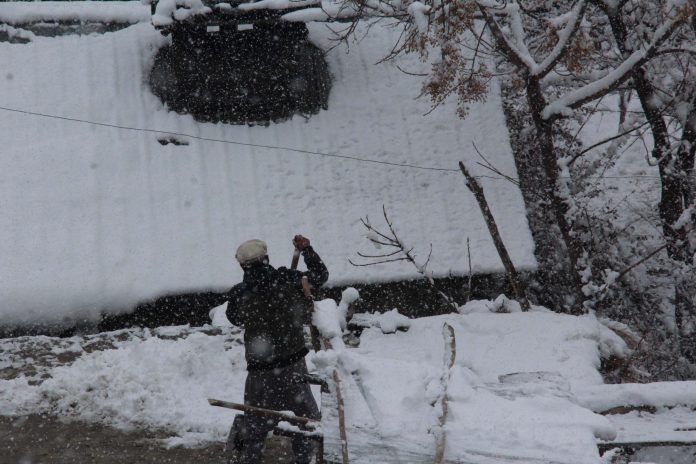 CHITRAL: Whenever Chitral receives heavy snowfall, the life and business activities come to a standstill and people remain confined to their homes.

During such a situation, traffic on roads remains thin and tradition hustle and bustle in bazaars also witness decrease. People usually use wood to keep their houses warm which means that forest wood is cut mercilessly during such days.

A gas plant was approved by the previous government and a 40-kanal site for the proposed project was also identified in Singor area, but the current government stopped work on it.

Due to unprecedented hike in the power tariff, people now use electricity very cautiously. Whenever there is heavy snowfall, people remove snow from their roofs with the help of wooden spades. They do so because they fear that the increasing load of snow may damage their roofs. When snow remains on the roof top, it also causes seepage, which causes difficulties for the residents. Water pipelines also freeze and sometimes burst in extreme cold weather after which the residents face severe water shortage.

Divisional Forest Officer (DFO) Shaukat Fayyaz Khattak said while talking to TNN that the ratio of forests in Chitral as compared to population is very low. The DFO said when people don’t find fuel wood then they even don’t hesitate to use the precious Deodar wood for fuel. He said people must be provided free of cost, or at least subsidized, electricity from Golian power house so that they could use it for cooking food and keeping their houses warm.

Former MNA Shahzada Iftikharuddin said gas project was approved due to his efforts, but unfortunately the project became victim of politics and people remained deprived of the facility.

The local people said there is extreme shortage of fuel wood in Chitral Bazaar and it is available at Rs600 per maund which is beyond the reach of common people. They said the indifference of elected representatives towards the Sengor gas project is troublesome. Social circles of Chitral have called upon Prime Minister Imran Khan to order resumption of work on gas project in Chitral and provide cheaper gas and electricity to the people to save the forests from destruction.