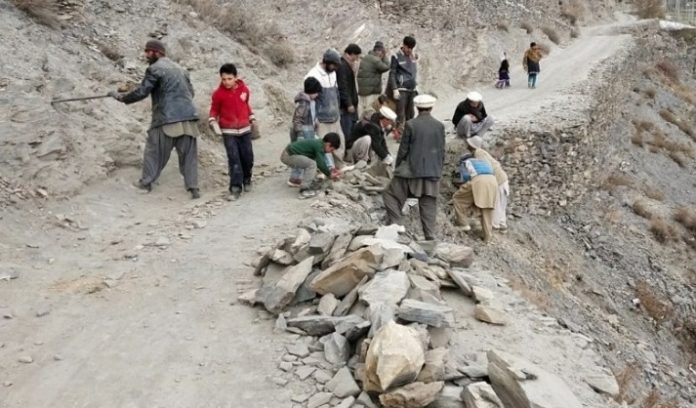 More than 13,000 households of Karimabad and Susom valleys of Chitral district are forced to traverse dangerous dirt track in the absence of a proper road.

Essa Khan, a leader of the Karimabad Development Movement told TNN that authorities have inaugurated the road thrice in the past. However, he added that no actual work was done.

Former district naib nazim Sultan Shah told TNN that thus far this road has claimed 38 lives. Besides, several others were left crippled for rest of their lives.

Mr Shah, who uses crutches to walk, said that he was also injured in an accident during his travels on this road. “Many people travelling with me were killed while my leg got badly injured in the accident,” he said.

He said that he received treatment from a Karachi hospital, which enabled him to walk on crutches.

Mr Shah said that government has approved Rs 100 million for this road. However, he said that the contractor left the project incomplete after starting work.

The locals accused that contractor might have left work incomplete in connivance with communication and works departments officials.

Nusrat Bibi, al local said that the potholed road was particularly difficult on pregnant women. She said that women in labor pain either die while on their way to hospital or gave birth on the way.

Safdar Ali, a local driver said that they carry shovels to fill the potholes while travelling.

Executive Engineer C&W Tariq Murtaza said that the chief minister had inaugurated this road project. However, he said they will start work after funds were released for the project.