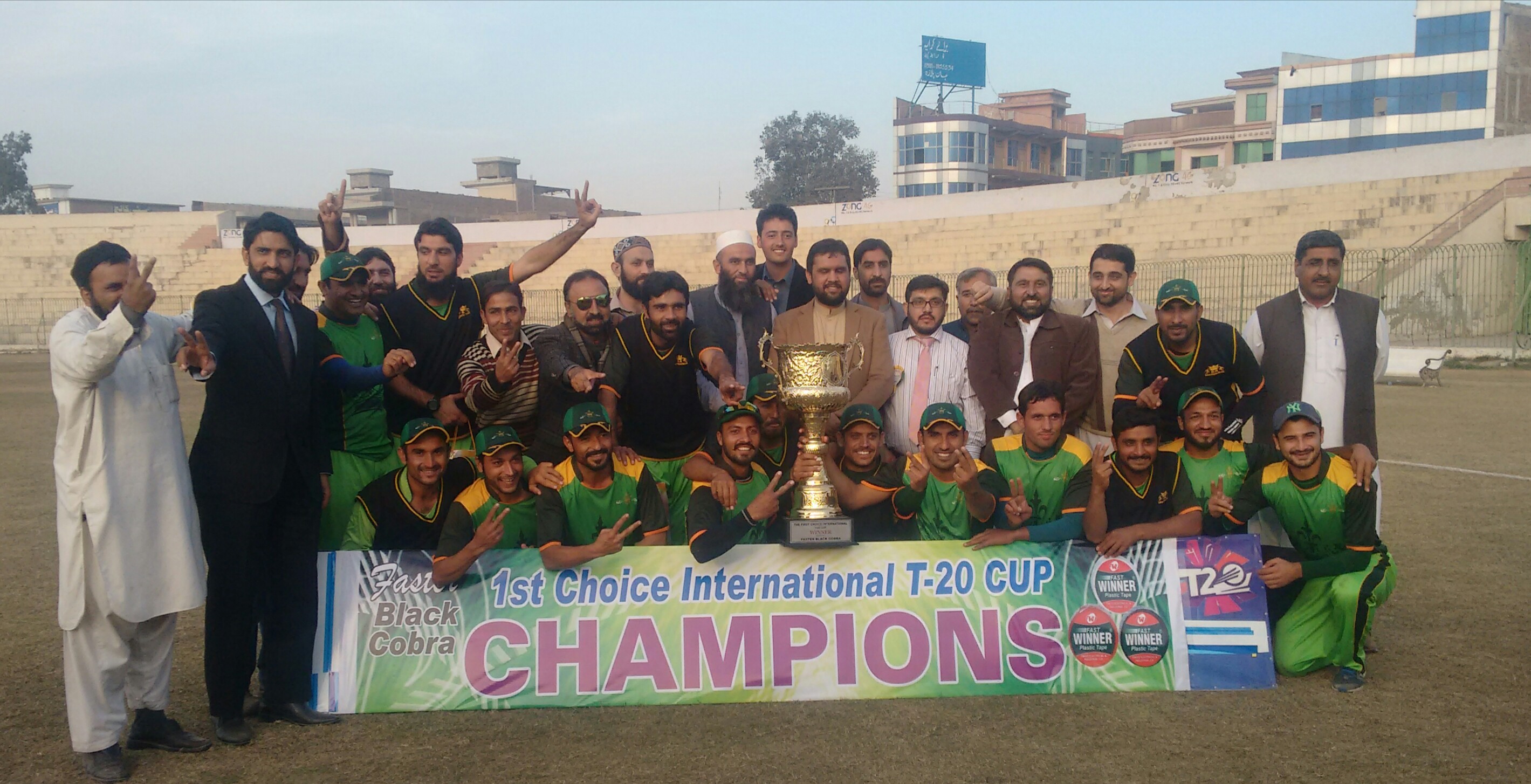 The Glerix Palmer team batted first and scored 181 runs in the allotted 20 overs. In reply, the Choice International team scored 133 runs. Khalid Jamal of the champion team was declared man of the match for his all-round performance. He scored 33 runs and took two wickets for his team.

As many as 16 club teams from all over the Khyber Pakhtunkhwa participated in the tournament.