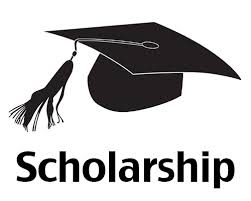 WANA, September 28: Christian students of the Wana Degree College in South Waziristan tribal region have demanded the government provide them scholarships on basis of their domiciles of FATA.

They said they had FATA domiciles because their forefathers had been living in the tribal region since long but that they were not being given scholarships like other tribal students.

Compared to students of settled areas in Pakistan, students in the tribal region are given scholarships on yearly basis because of the turbulent law and order that the area has been facing for the last several decades. But the students from the minorities say they are not given the FATA scholarship.

Mr Sunni Gil, a Christian student, told TNN that they had talked to the administration over this issue several times but to no avail.

“I have done my graduation in 2009 and I also have my domicile [FATA] but scholarship is not given to our community in the region. Another problem that we are facing is that we, the minority students, are entitled to 5 percent quota in admissions to educational institutions, but authorities have deprived us of this facility as well,” he added.

When contacted, the Assistant Political Agent of Wana subdivision Mr Shahidullah, said that they would solve the problem now. “We are going to start scholarships to the Christian students on yearly basis,” he added.